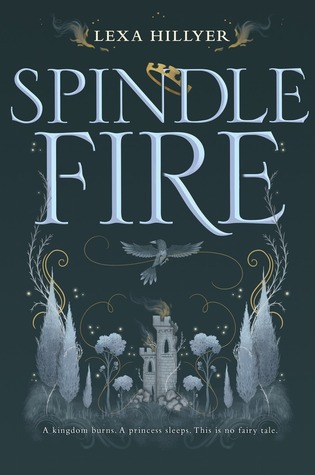 Perfect for fans of Sarah J. Maas and Leigh Bardugo, Spindle Fire is an enthralling, wholly original re-imagining of a classic faerie story.

Half-sisters Isabelle and Aurora are polar opposites: Isabelle is the king’s headstrong illegitimate daughter, whose sight was tithed by faeries; Aurora, beautiful and sheltered, was tithed her sense of touch and voice on the same day. Despite their differences, the sisters have always been extremely close.

And then everything changes, with a single drop of Aurora’s blood, a Faerie Queen who is preparing for war, a strange and enchanting dream realm—and a sleep so deep it cannot be broken.

Why I’m waiting: I love fairy tale retellings, but I have yet to read one for Sleeping Beauty that I truly love and this one sounds like it could do the job. Also, HI HAVE YOU SEEN THAT COVER? I mean… It’s so pretty! 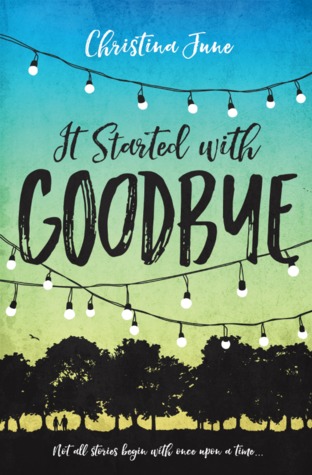 It Started With Goodbye

Sixteen-year-old Tatum Elsea is bracing for the worst summer of her life. After being falsely accused of a crime, she’s stuck under stepmother-imposed house arrest and her BFF’s gone ghost. Tatum fills her newfound free time with community service by day and working at her covert graphic design business at night (which includes trading emails with a cute cello-playing client). When Tatum discovers she’s not the only one in the house keeping secrets, she finds she has the chance to make amends with her family and friends. Equipped with a new perspective, and assisted by her feisty step-abuela-slash-fairy-godmother, Tatum is ready to start fresh and maybe even get her happy ending along the way.

A modern play on the Cinderella story arc, Christina June’s IT STARTED WITH GOODBYE shows us that sometimes going after what you want means breaking the rules.

Why I’m waiting: Christina is a member of our YADC group and was one of the bloggers behind Allodoxophobia (no longer in existence) and I’ve known her for years.  I cannot wait to read the book that she’s been working so hard on. I’m sure it will be as lovely as she is 🙂 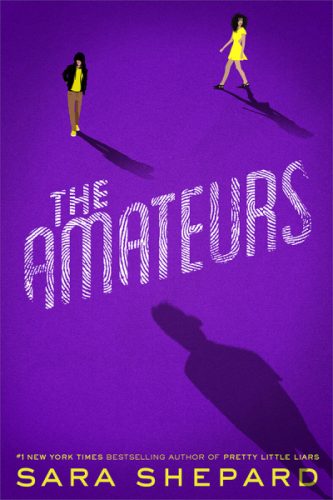 As soon as Seneca Frazier sees the post on the Case Not Closed website about Helena Kelly, she’s hooked. Helena’s high-profile disappearance five years earlier is the one that originally got Seneca addicted to true crime. It’s the reason she’s a member of the site in the first place.

So when Maddy Wright, her best friend from the CNC site, invites Seneca to spend spring break in Connecticut looking into the cold case, she immediately packs her bag. But the moment she steps off the train in trendy, glamorous Dexby, things begin to go wrong. Maddy is nothing like she expected, and Helena’s sister, Aerin Kelly, seems completely hostile and totally uninterested in helping with their murder investigation.

But when Brett, another super user from the site, joins Seneca and Maddy in Dexby, Aerin starts to come around. The police must have missed something, and someone in Dexby definitely has information they’ve been keeping quiet.

As Seneca, Brett, Maddy, and Aerin begin to unravel dark secrets and shocking betrayals about the people closest to them, they seem to be on the murderer’s trail at last. But somewhere nearby the killer is watching . . . ready to do whatever it takes to make sure the truth stays buried.