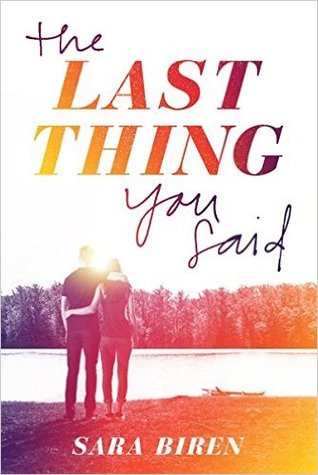 The Last Thing You Said

Last summer, Lucy’s and Ben’s lives changed in an instant. One moment, they were shyly flirting on a lake raft, finally about to admit their feelings to each other after years of yearning. In the next, Trixie—Lucy’s best friend and Ben’s sister—was gone, her heart giving out during a routine swim. And just like that, the idyllic world they knew turned upside down, and the would-be couple drifted apart, swallowed up by their grief. Now it’s a year later in their small lake town, and as the anniversary of Trixie’s death looms, Lucy and Ben’s undeniable connection pulls them back together. They can’t change what happened the day they lost Trixie, but the summer might finally bring them closer to healing—and to each other.

Why I’m waiting: Well this sounds like it could be heartbreaking and feels-crushing and swoony and sweet at the same time and who doesn’t love that? Who needs their heart anyway. Psshht. 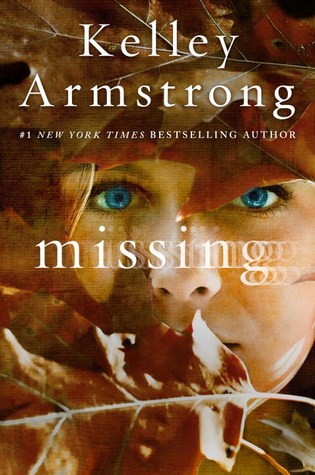 Also by this author: Sea of Shadows, Empire of Night, Forest of Ruin (Age of Legends, #3)

The only thing Winter Crane likes about Reeve’s End is that soon she’ll leave it. Like her best friend did. Like her sister did. Like most of the teens born in town have done. There’s nothing for them there but abandoned mines and empty futures. They’re better off taking a chance elsewhere.

The only thing Winter will miss is the woods. Her only refuge. At least it was. Until the day she found Lennon left for dead, bleeding in a tree.

But now Lennon is gone too. And he has Winter questioning what she once thought was true. What if nobody left at all? What if they’re all missing?

Why I’m waiting: I LOVE Armstrong’s books and I’ve read all her YA novels and this one is YA, so of course I must read it!  Also, it sounds mysterious and the cover is creep-stactic too. 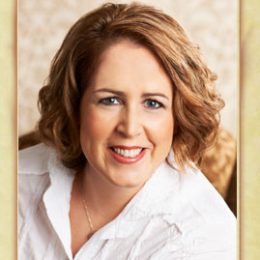 « {Leah Reviews} Life In A Fishbowl by Len Vlahos
Bee Reviews THANKS A LOT, JOHN LECLAIR by Johanna Parkhurst »

8 responses to “{Waiting on Wednesday} The Missing Thing You Said”