Waiting on Wednesday is a weekly event that is hosted by Jill at Breaking the Spine, which spotlights upcoming books that we eagerly anticipate! This week I’m waiting on These Broken Stars by Amie Kaufman!

Seventeen-year-old Cassie is a natural at reading people. Piecing together the tiniest details, she can tell you who you are and what you want. But it’s not a skill that she’s ever taken seriously. That is, until the FBI come knocking: they’ve begun a classified program that uses exceptional teenagers to crack infamous cold cases, and they need Cassie.

What Cassie doesn’t realize is that there’s more at risk than a few unsolved homicides— especially when she’s sent to live with a group of teens whose gifts are as unusual as her own.

Sarcastic, privileged Michael has a knack for reading emotions, which he uses to get inside Cassie’s head—and under her skin. Brooding Dean shares Cassie’s gift for profiling, but keeps her at arm’s length.

Soon, it becomes clear that no one in the Naturals program is what they seem. And when a new killer strikes, danger looms closer than Cassie could ever have imagined. Caught in a lethal game of cat and mouse with a killer, the Naturals are going to have to use all of their gifts just to survive.

Why I’m Waiting:
This book just sounds so very cool and for some reason, I think of X-men when I read the blurb so. 🙂

What are you waiting on this week? 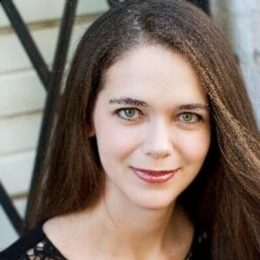 2 responses to “Waiting on Wednesday #15: The Naturals by Jennifer Lynn Barnes”