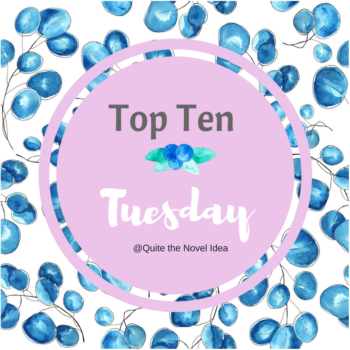 Hi there gorgeous readers!  Some of these characters made great leaders in their respective stories and others I think will make great leaders if given a chance.  Let’s start, shall we?

Peeta Mellark from The Hunger Games series by Suzanne Collins – To me Katniss was an accidental leader, whereas Peeta has all the charisma to get what he wanted without violence.  I think he would had made a great leader if given the chance.

Suzana from the Daughter of Smoke and Bone series by Laini Taylor – If you’ve read the series, you’d know that Suzana is awe inspiring-fear inducing-scheming tiny bundle of awesome.

Silhara of Neith from the Master of Crows series by Grace Draven – Silhara has no manners, but he’s very powerful and very frank and straightforward. He’s also great with strategy and finding the truth.

Philip Digby from the Trouble series by Stephanie Tromly – Digby has to be a great leader to have so many follow in his half cooked schemes.

Alexia Tarabotti from the Parasol Protectorate series by Gail Carriger – I think that Alexia can accomplish anything she sets her mind into, even ruling a country!

Kaz Brekker from the Six of Crows series by Leigh Bardugo – Although Kaz rules with a tight fist and inspires fear, he also inspires confidence and loyalty among those who follow him.

Gansey from the Raven Cycle series by Maggie Stiefvater – Sweet Gansey… It’s hard not to follow someone that puts so much faith and care into everything he does.

Darrow from Red Rising by Pierce Brown – Darrow is someone that grew into his role and grabbed power with both hands and fought really hard to keep it.

Titus from the Elemental series by Sherry Thomas-  Prince Titus was groomed to be a royal puppet, instead he became powerful, difficult to ignore and a great ruler of men.

Elisa from the Girl of Fire and Thorns series by Rae Carson – Elisa was born a gifted princess and slowly grew into being a great queen.  One of the best characters development I’ve read.

What’s on your Top Ten today?