"You don’t have to choose. You can be both. The girl with the charm, the girl without. They both suit you."

When her dad offers to take her to the Emerald coast of Florida for summer vacation, Caris jumps at the chance. The chance to get answers to questions she’s always been too afraid to ask. The chance to be normal. Isn’t that what her dreams have been telling her, that here in the place of her birth she can be normal? But from the first moment the wind caresses her face and the sun touches her skin, the charm begins to fade, revealing a girl Caris never knew existed, one that is anything but normal. The long-buried Song that awakens is only the beginning of a transformation that will challenge her ideas about loyalty and family.

Noah Jacobs is a waterbreather — a species of human fully adaptable to life in the water. Like his older brother Jamie, Noah wants to prove they can use their abilities and be heroes in service to their country. When a simple mission goes wrong and Jamie goes missing, Noah exiles himself to the Deep in a desperate search. MIA is a classification Noah is not ready to accept. But instinct can’t be ignored. Not when he hears her Song. Caris is not what he expects and Noah is determined to get her out of his head. Instead he finds himself acting as her mentor and the more time they spend together, the more Noah realizes he just wants Caris.

When a startling truth threatens their newly formed trust, Noah straddles the line between love and obsession while Caris struggles to find a balance between the girl she thought she was and the young woman she wants to be.

I’m surprised to say that I really liked this book! It was a pretty cool and original concept and it worked out well. I found a few typos, but they didn’t bother me that much. Kimberly gives her own spin on mermaids and sirens and mixed that with some cool action, fantastic underwater scenes and a passionate romance.

Waterborn is about Caris. She just moved to a little town near the sea from Kentucky with her dad and she can’t help but feel different here. Like the sea is calling her. And then she meets Noah, not knowing what he is. Noah is a waterbreather and he hears Caris’ song in his head and he can’t help but feel attracted to her. Soon enough, Caris finds out what and who she is. But is that really who she wants to be?

The writing in this book was very good. I couldn’t put this book down once I picked it up. I was pulled into Caris’ world and wanted to find the answers to her questions just as much as she did. The story was cool and I got just the right amount of action and in the end my questions were answered. The romance was so sweet and passionate at the same time, I couldn’t get enough of it.

But despite the fact that there was some action, I never felt like it was enough. I kept waiting for something big, but it never really happened. And that took a bit from the story for me. I wanted more.

I really liked Caris, she was a cool main character, but sometimes she annoyed me quite a bit. I can’t even tell you why because I don’t know. Maybe the way she acted around Noah in the beginning? And I liked Noah, he was sweet and he had some issues to deal with. And I got that. And it wasn’t really insta-love between him and Caris because of the whole siren-song thing. I didn’t like Sol and Pax, obviously. I loved Maggie and Erin and Caris’ dad. I’m a bit conflicted about Athen, though. I’m not sure if I should like him or hate him.

Overall, this is a good mermaid-ish story. Kimberly gave her own spin on it all and that was pretty cool but I finished the book wanting more. So yes, I have yet to find a book in this genre that completely blows my socks off. But I do recommend it, maybe you like it more than I did.

Don’t forget to come back tomorrow! I’m participating in the book blitz for this book and I have an excerpt for you, plus you can win a copy of Waterborn

Kimberly is a Crossfit junkie and a connoisseur of french fries.

She likes to make stuff up and write it down. Her stories usually have a contemporary setting with a fantastical twist. Waterborn is her debut novel.

Kimberly lives in Alabama the beautiful with her husband, three dogs, Kevin the cat, and four new adults of her own. A couple of which are off at college. 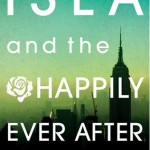