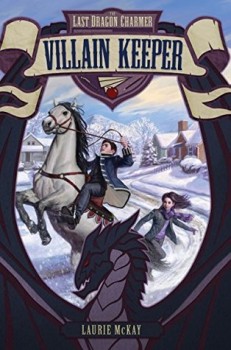 Also by this author: Quest Maker

All his life, Prince Caden has dreamed of being sent on a quest to slay a dragon. But before he has the chance, he is ripped from his home in the Winterlands of Razzon and finds himself in Asheville, North Carolina—a land with no magic and no dragons. But a prince must always complete his quest. And the longer Caden is in Asheville, the more he realizes there is magic in this strange land after all. More important, there may just be dragons here, too. But what if Caden’s destiny isn’t to slay a dragon, like he's always believed?

Fans of Soman Chainani’s The School for Good and Evil and Chris Colfer’s The Land of Stories will be transported by this first book in an epic new series for middle grade readers about a brave young prince’s quest to find answers, honor, friendship—and what it really means to be a hero.

Well, this was a lot of fun! That’s the reason I love reading middle grade novels. They’re always so much fun and imaginative! Even more so than young adult. Is this one perfect? No, but it’s still very, very good and I really, really enjoyed it.

Villain Keeper tells the story of Prince Caden. While on his long-awaited quest to slay a dragon, he is suddenly ripped away from his home in the Winterlands of Razzon and finds himself in Ashville, North Carolina. A land with no magic and no dragons. And he didn’t come alone. With him came a sorceress named Brynne and his loyal horse Sir Horace. But this land has no magic and no dragons, so how is Caden supposed to complete his quest? However, there seems to be more to this strange land than meets the eye and soon Caden starts to think that maybe his destiny isn’t to slay a dragon at all.

Should I get the negative out the way immediately? Seems like that might be better. Not that there’s a lot of negative to talk about really. The only thing that bothered me a bit was that it all felt a bit rushed and simple, but it is a middle grade book and most feel the same way. The story itself was pretty original and it was very fascinating. I was hooked and read this in one sitting, which is a pretty good indication of how much I enjoyed this. I am very curious to see what will happen next.

I liked all of the characters and I loved the way the author showed how strange everything was for Caden. Things didn’t just came easily to him because everything was new. He’s used to a life as a prince so this new life he suddenly has… it takes some getting used to. And it shows. I did feel like he learned and grew a bit by the end of the first book. I liked Tito, Brynne and Rosa too. I liked the friendships that formed in this first book of the series.

Villain Keeper was a lot of fun and it had me hooked right from the start. If you’re a fan of middle grade fantasy books, I think you’ll enjoy this one. It’s a good start to a new series and I can’t wait to see what happens next! 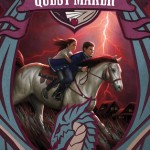