Drama and danger abound in this fantasy realm where dukes play a game for the throne, magical warriors race to find the missing heir, and romance blossoms where it is least expected.

In a world where dukes plot their way to the throne, a Performer’s life can get tricky. And in Johanna Von Arlo’s case, it can be fatal. Expelled from her troupe after her father’s death, Johanna is forced to work for the handsome Lord Rafael DeSilva. Too bad they don’t get along. But while Johanna’s father’s death was deemed an accident, the Keepers aren’t so sure.

The Keepers, a race of people with magical abilities, are on a quest to find the princess—the same princess who is supposed to be dead and whose throne the dukes are fighting over. But they aren’t the only ones looking for her. And in the wake of their search, murdered girls keep turning up—girls who look exactly like the princess, and exactly like Johanna.

With dukes, Keepers, and a killer all after the princess, Johanna finds herself caught up in political machinations for the throne, threats on her life, and an unexpected romance that could change everything.

Humans, I have utterly failed when it’s come to reviews lately. I’m terribly sorry. I’m going on vacation today but I wanted to start the week off with an actual review!

Again, I’m meeting Becky Wallace soon which is why this lovely book ended up on my expedited TBR list and I couldn’t be happier. While The Storyspinner isn’t one of my favorite fantasies, I thoroughly enjoyed it.

Johanna starts out by witnessing her father’s death and while most people assume it was an accident, she knows better. She’s one tough cookie and I couldn’t help but like her right off the bat. Her family gets kicked out of her performing troupe and they are forced to find provisions elsewhere. During a hunt, she gets accused of pouching and is attacked by none other than Lord Rafael DeSilva; while Rafi didn’t know she was a female when he attacked her, he still has to uphold his honor and get whipped for hurting a girl. Johanna stops the whipping which made him indebted to her. DARN. The real fun starts then. She meets royalty while performing in his household and Rafi finds out that she may fit in better than either of them realized. The only problem is that there are people who are currently seeking her in order to take her home.

You get viewpoints from both sides. We get to see Johanna after being kicked out of her home and while she performs for Rafi’s family. On the other side, we get to see Jacare (the man who is seeking out Johanna with his ragtag team of awesome) with his Keeper history while he pursues Johanna in order to keep the lands safe.

THERE ARE TWO SHIPS. TWO SHIPPY SHIPS THAT I SHIPPED. THANK YOU BECKY WALLACE.

I loved that Johanna was a performer and we get to see a fantasy world where she told elaborate stories.

Dom is GREAT. I will forever love Dom.

We get to see through the main characters’ POVs.

The action is fun!

It was really well written.

I’ve been getting into politics (in books) and this had some really intriguing politics.

THERE ARE SO MANY POVS. I think I counted seven or eight. SO MANY.

The “dead girls that look like Johanna” thing happened late in the book and it seemed less of a deal than it should have been.

The chapters were short.

Overall, I really liked this book. READ IT FOR THE SHIPS. I can’t wait to meet her in a few weeks. 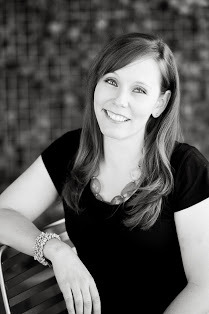 In second grade, Becky Wallace had to sit in the corner because she refused to write anything besides princess stories and fairy tales (and because she talked too much). Her time in isolation gave her plenty of opportunities to dream up the fantasy worlds she’s been dabbling with ever since. She was lucky enough to find her own, real-life prince charming. They have four munchkins and live in a happy little town outside Houston, Texas.

2 responses to “Review: The Storyspinner by Becky Wallace”