Love is all you need... or is it? Penny's about to find out in this wonderful debut.

Penny is sick of boys and sick of dating. So she vows: no more. It's a personal choice. . .and, of course, soon everyone wants to know about it. And a few other girls are inspired. A movement is born: The Lonely Hearts Club (named after the band from Sgt. Pepper). Penny is suddenly known for her nondating ways . . . which is too bad, because there's this certain boy she can't help but like. . . .

First off, I love the cover of the book (and I’m not even a Beatles fan) but the spine is even better than the cover! Oh, it’s one of my favorite spines. I’m not ashamed to admit that I stare at it throughout my life (it’s on the top shelf). So pretty. Just a fun book overall.

I want to just take a second and fangirl about how cool Elizabeth Eulberg is as a human, I’ve met her twice in two weeks and she is just so nice. I love seeing how an author’s personality shines through in their books and I can totally see Elizabeth in these books. I’ve previously read Prom & Prejudice (which I love) and Better Off Friends (which I also loved, just maybe a hair less) so this was my third Elizabeth Eulberg book and I was stoked. I only have one complaint and I just want to get that off of my chest first so that the rest of the review can be fangirly: I just wasn’t expecting there to be an emphasis on sex since the other books (that I’ve read by her) didn’t have any and I felt like we kept getting to it. It wasn’t the entire story or anything, it just seemed unnecessary to me. Moving on…

This book is a quick read and it…. got me out of a slump (HALLELUJAH!!); I’m not saying that it will work for everyone but I would definitely recommend it for slump-getting-out-of. It was just a really fun book that I devoured in a day.

I know that some people complain that all contemporaries are the same (which I don’t believe at all, contemporaries are my WEAKNESS) but this one was in a league of its own. The first thing that stuck out to me was that the eventual love interest was coming off of a relatively recent long-term relationship (I think from seventh grade to their junior year) and it was all very classily done. Elizabeth did this story justice with this choice. On a side note, I freaking love the love interest.

The second thing that struck me was the use of the past in the present which I LOVED! Some stories I read have the past stay in the past but Elizabeth questioned the past and let her characters understand that people change. It was really fantastic.

The third thing that stuck out to me was the GIRL POWER! Crap yeah, females do it right. Penny Lane Bloom started this club (where she was the sole member) because she got screwed over by a guy and she realized that dating just wasn’t worth the hassle. She took a rather extreme route but it allowed for her and fellow members to really understand who they are as a female and to cherish that. Penny was burned by someone who became the girlfriend and also the ex-best friend which was hard for her. THERE WAS SO MUCH  GROWTH IN THESE CHARACTERS. I just love character growth.

I thoroughly enjoyed Penny Lane as a character, being inside of her head was nothing short of awesomeness.

I loved the message: dating doesn’t need to be banned, dumb dating needs to be.

Overall, it was a really great read. 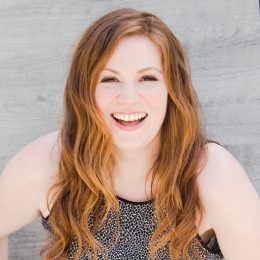 The short and sweet version:
Elizabeth Eulberg was born and raised in Wisconsin before heading off to college at Syracuse University and making a career in the New York City book biz. Now a full-time writer, she is the author of The Lonely Hearts Club, Prom & Prejudice, Take a Bow, Revenge of the Girl with the Great Personality, Better Off Friends, and We Can Work it Out. She lives outside of Manhattan with her three guitars, two keyboards, and one drumstick.

To check out the long version, head over to my webpage: http://www.elizabetheulberg.com/bio/

Also, I’m not checking e-mails on my Goodreads, see my website for information on contacting me! http://www.elizabetheulberg.com/faq/

One response to “Review: The Lonely Hearts Club by Elizabeth Eulberg”