The Epic Adventures of Lydia Bennet

Based on the Emmy Award­-winning “genius” (The Guardian) web series, The Lizzie Bennet Diaries, this is a new novel starring Lizzie’s spunky sister Lydia as she navigates the joys and pitfalls of becoming an adult in the digital age.
Before her older sister, Lizzie, started her wildly popular vlog, Lydia was just a normal twenty-year-old plotting the many ways she could get away with skipping her community college classes and finding the perfect fake ID. She may not have had much direction, but she loved her family and had plenty of fun. Then Lizzie’s vlog turned the Bennet sisters into Internet sensations, and Lydia basked in the attention as people watched, debated, tweeted, tumblr’d, and blogged about her life. But not all attention is good…
After her ex-boyfriend, George Wickham took advantage of Lydia’s newfound web-fame, betrayed her trust, and destroyed her online reputation, she’s no longer a naïve, carefree girl. Now, Lydia must work to win back her family’s trust and respect and find her place in a far more judgmental world.
Told in Lydia’s distinctive, eccentric, and endearing voice, The Epic Adventures of Lydia Bennet picks up right where The Secret Diary of Lizzie Bennet left off and “offers a fresh take on Pride and Prejudice without ruining it” (The Washington Post, on The Secret Diary of Lizzie Bennet). Featuring fresh twists, wonderful new characters, and scores of hilarious texts, doodles, and tweets, The Epic Adventures of Lydia Bennet takes you behind the webcam and into the lives of your favorite sisters in a way that’s sure to satisfy existing fans and delight new ones.

First off, I would like to thank Touchstone for sending me this book for review. I’m a HUGE fan of The Lizzie Bennett Diaries so naturally I jumped at the chance to fangirl through another book that continues my love for these characters.

I read The Secret Diary of Lizzie Bennett last year and fell completely in love! It was essentially a behind-the-scenes look at what was happening off-screen during the show. I mean, I’VE NOW READ THE LETTER, DARCY’S LETTER, BECAUSE OF THAT BOOK. So yeah, it was awesome. Honestly, I didn’t know what to expect when coming into this book. I didn’t even read the synopsis before adding it to my TBR because… come on. I had to read it. I was nervous that it would be like the first book and show what Lydia was going through during the show. This wouldn’t be necessarily bad but it would definitely be hard to read. In a move of pure genius, Kate and Rachel took up Lydia’s story after the show ended. Lizzie gets her happy ending and while we may want more, we don’t need more. The same can’t be said of Lydia. We needed this story.

I think it’s safe to say that Lydia wasn’t my favorite character throughout the show. Mary Kate Wilkes (the actress who played Lydia) is one of my favorite YouTubers and while she did a fantastic job, she did a fantastic job playing a… difficult character. This book picks up essentially right after the fall-out with George. She is written is such a way that I felt like I was hanging out with her. She’s so real. Life has beaten her up and broken her down but she’s trying. Every single day she is deciding to keep fighting and this book made me love Lydia. Her view on life and everything that’s happened is both heart-breaking and beautiful.

To briefly go beyond the text, this book reminds each and every one of us not to judge others by their mistakes. We don’t know them. The book shows us how her past has affected her and how it is currently affecting her present. She can’t go anywhere without everyone knowing. Her desire to change from the person she was to the person she wants to be is so evident on the page but when everyone expects you to screw up, eventually you’ll start believing that yourself.

In the book, Lydia has started counseling and it leads her to want to major in Psychology! What?! (I’m a perpetual student of psychology). It’s really… epic (hehe) to see her bloom into the person that she wants to be. She wants to make a difference in the world and by the time she reaches her destination, so many lives will be touched.

We get to check in on Lizzie, Mary, and Jane but the story focuses on Lydia which I know will touch so many fans.

It’s a really wonderfully written story which swoops in at just the right time to give us and Lydia closure. Read it if you’re a fan of the show. 🙂

This is probably my favorite quote from the book. Lydia talks about how displaying her life for everyone to judge affects you:

“They don’t actually know you, and you don’t know them. They’re just strangers, watching like you’re in some glass cage. Only, you’re the one who put you there, and you don’t even think about trying to get out because you don’t even notice the walls surrounding you. In reality, you’re just existing, raw and exposed, on display for everyone’s amusement. To dance when they scream for you to dance.” 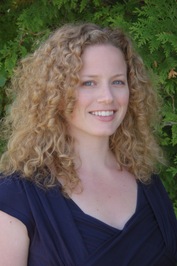 Kate Rorick is a writer of television, web series, and novels. She has written for a variety of television shows, including Law and Order: Criminal Intent, Terra Nova and The Librarians, as well as a writer and producer for the Emmy Award-winning web series The Lizzie Bennet Diaries and Emma Approved. In her spare time, she is the bestselling author of historical romance novels under the name Kate Noble. Rorick is a graduate of Syracuse University and lives in Los Angeles. 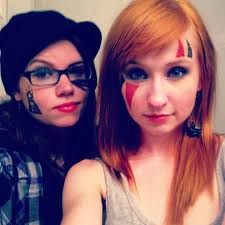 Rachel Kiley is one of the writers for The Lizzie Bennet Diaries.
Rachel previously wrote for a show called Game Room, and in the future will hopefully write for a show that will most likely not be called Game Room. She also aspires to one day self-publish an extensive collection of fan fiction about becoming BFF with Kat Dennings, as part of a carefully crafted world domination scheme. Additionally, Rachel is not a terminator, which is important to remember in the coming years.

2 responses to “Review: The Epic Adventures of Lydia Bennett by Kate Rorick and Rachel Kiley”