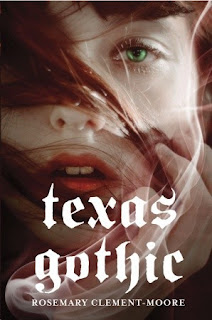 Amy Goodnight knows that the world isn’t as simple as it seems—she grew up surrounded by household spells and benevolent ghosts. But she also understands that “normal” doesn’t mix with magic, and she’s worked hard to build a wall between the two worlds. Not only to protect any hope of ever having a normal life. Ranch-sitting for her aunt in Texas should be exactly that. Good old ordinary, uneventful hard work. Only, Amy and her sister, Phin, aren’t alone. There’s someone in the house with them—and it’s not the living, breathing, amazingly hot cowboy from the ranch next door. It’s a ghost, and it’s more powerful than the Goodnights and all their protective spells combined. It wants something from Amy, and none of her carefully built defenses can hold it back. This is the summer when the wall between Amy’s worlds is going to come crashing down.

My Review
A few weeks ago the topic for Top Ten Tuesday was about authors that deserve more recognition and I stumbled upon a list with Rosemary Clement-Moore’s name in it.  I promptly went to my local library and checked out Texas Gothicand managed to fall in love with the Goodnights.
I love the writing from the beginning.  I mean, take for example the first line of the book:
“The goat was in the tree again.”
Isn’t this hilarious?I found it hard to stop reading right after that opening line.  The writing is a gem, it’s straightforward, easy to read and quirky.   The plot is a typical mystery, it actually reminded me to the Deadly Cool series, you know what I mean, right?  The heroine is investigating a mystery that gets her in trouble multiple times and at towards the end there’s a big dangerous scene and all is well at the ending.  However, the story behind Texas Gothic is different because it also involves the paranormal world of the Goodnights.
The Goodnight family is awesome!  Among them they have different kinds of paranormal abilities. There are psychics (taking / seeing ghosts) and witches.  I found it hilarious that they had the ability to tell when something was wrong with another member of the family, they call it the heebie-jeebies and it’s like their own 911 call and homing device rolled into one.  In this installment our main character is Amy (short for Amaryllis).
Amy is ranch-sitting for her aunt Hyacinth with the help of her sister Phin.  Here she is ‘contacted’ by a ghost that wants something from her and what follows is a series of both mysterious and extremely funny events on the hunt of answers.  Amy is loyal, strong, and tries to keep her family out of trouble by being the voice of reason.  I loved her voice so much; she is quirky, funny, ironic, self assured (you have to be to chase a cow in your undies, right?)
Phin is very scientific and less intuitive.  She reminded me to Temperance Brenan from the series Bones 🙂  I truly enjoyed reading about her and her relationship with Amy, they are so different and yet so close and they watch out for each other, as sisters should.  We are also introduced to Daisy, their cousin, who talks to dead people.  I’m not kidding; she actually does and she works for the police and the FBI helping them with murder cases.
Ben is a gorgeous and scowling cowboy from the neighboring ranch that, to boot (pun intended), does not believe in the paranormal.  I found Ben to be so sweet at the end, even if he was quite exasperating at the beginning.  Amy and Ben’s relationship is really new and I hope I get to see a bit of them in the next book.
As you can see the characterization is really good.  In summary, Texas Gothic is a mystery- paranormal-engaging-fun read and I cannot wait to read Daisy’s story on Spirit and Dust next!
Here are some quotes for your reading enjoyment:
“I was generally pro-bat, except when I was trekking through the dark trying not to think about the dire fate of every horror movie character stupid enough to go into the dark with a flashlight and check the fuses.”
“Emery cut in impatiantly, “For crying out loud. Who do you think you are, Nancy Drew?”
Hey,” I snapped, because no one sniped at my sister but me, and Mark echoed with a stern “Chill, dude.”
Phin was unperturbed. “Those books were highly unrealistic. Do you have any idea how much brain damage a person would have if she were hit on the head and drugged with chloroform that often?”
“You have a funny way of showing how much you don’t like me.”
“I don’t like gophers, either, but I wouldn’t leave one to suffer. I’d shoot it to put it out of its misery.”
About the cover: I really love this cover!  The colors work well with each other, the font plays on the ‘gothic’ title.  It is mysterious and beautiful at the same time. 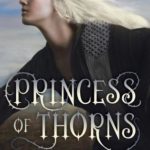