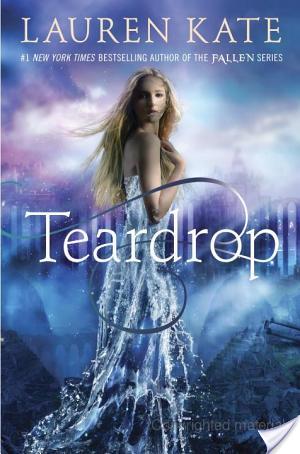 An epic saga of heart-stopping romance, devastating secrets, and dark magic . . . a world where everything you love can be washed away.

Never, ever cry. . .. Eureka Boudreaux's mother drilled that rule into her daughter years ago. But now her mother is gone, and everywhere Eureka goes he is there: Ander, the tall, pale blond boy who seems to know things he shouldn't, who tells Eureka she is in grave danger, who comes closer to making her cry than anyone has before. But Ander doesn't know Eureka's darkest secret: ever since her mother drowned in a freak accident, Eureka wishes she were dead, too. She has little left that she cares about, just her oldest friend, Brooks, and a strange inheritance—a locket, a letter, a mysterious stone, and an ancient book no one understands.

Eureka is about to discover that the ancient tale is more than a story, that Ander might be telling the truth . . . and that her life has far darker undercurrents than she ever imagined. The first book in the new series from the #1 New York Times bestselling author of the Fallen series.

Way back when Fallen was first released, I was pretty sure Lauren Kate would become – and remain – one of my favourite authors. I stuck with that first series right to the end, though I’ll admit I’d fallen out of love with it somewhere in the middle of Passion. I hoped Teardrop would restore my faith in Lauren Kate as a writer, but unfortunately, it too let me down.

I was drawn to Teardrop because of its fantastic concept. Putting the embarrassingly unoriginal cover to one side (don’t even get me started on how much I loathe the whole ‘helpless blonde/Paris Hilton lookalike’ cover trend) it’s important to give credit where credit’s due: the girl who cried an entire continent into the sea? Now you’ve got my attention.

Eureka is a very conflicted heroine. Still reeling from the death of her mother but unable to put her loss into worlds, she’s built a bubble around herself that no one can get through – not her peers, not her psychiatrist, not even her own emotions. After a recent suicide attempt, she’s at her lowest ebb. I’ll be honest with you: Eureka is a really bland main character. I know we’re supposed to feel sorry for her, and I did a little, but I kept waiting for her to catch up to the fact that the world was possibly about to end around her, and she didn’t. Anyone who tries to call out her behaviour is tossed aside, turned into an arch enemy or an evil stepmother. There’s no complexity and very little character growth.

The only person still sticking by her is her best friend, Brooks (who knows why though, since Eureka’s name is probably the most interesting about her). I liked Brooks, but he never truly gets a chance to shine. Ander, Eureka’s other love interest, is another complete stereotype. It’s the same old long-time male BFF vs. the mysterious, perfect, aloof new guy love triangle – and worst of all, it’s kind of badly executed. There’s no chemistry, it’s kind of creepy, and both guys basically take turns in making themselves look bad so the other looks better. There’s nothing romantic about guys turning into jerks while they fight over the protagonist. There is nothing okay about a male lead following misogynistic ideals or trying to exert control over a female counterpart. I thought we were past lack of originality in YA, but clearly Lauren Kate isn’t – at least when it comes to characters. The world-building is a totally different story.

The myth of Atlantis has always fascinated me, and I loved that Kate had chosen it as the basis of this book. We’re not given a lot of information on the myth in the first half of the book, but there’s just enough to keep you reading. The writing style, which can be irritating but has some real moments of absolute beauty, definitely suits this abstract-yet-detailed foundation of the Teardrop universe.

The plot, too, was intriguing. There’s a lot of tension and with warring factions thrown into the mix, the headlong race to the climax is engaging and brilliantly unpredictable.

Unfortunately, Teardrop remains heavy on the angst and lax on the detail throughout, so we’re left with a lot of unanswered questions by the time the last page is turned. These may well be answered in the sequel, but I for one certainly won’t be coming back to witness the resolution. 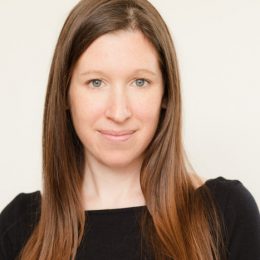 Lauren Kate grew up in Dallas, went to school in Atlanta, and started writing in New York. She is the author of Fallen series, The Betrayal of Natalie Hargrove, and the upcoming Teardrop saga. She lives in Laurel Canyon with her husband and hopes to work in a restaurant kitchen, get a dog, and learn how to surf.