When Summer took a job as a nanny for a couple vacationing in Belize, she imagined it would be a fresh start before starting college in the fall. And while she adores her charge, Josh, she can’t say the same for her employers’ oldest son, Bray. He’s cocky, inconsiderate, and makes her feel she’s a chore he has to put up with. In short, he’s everything she dislikes in a guy.

Bray had a plan for the summer: party, hang out with friends, and forget all the responsibilities waiting for him back home. But every time he’s forced to be around Summer, her dour, serious mood sets him off. Not to mention she has a habit of picking up on what he already knows is wrong with him.

Then the two find themselves on a dive trip gone wrong, stranded on a remote island. As they focus on survival, their differences melt away, and they find being together may be what both needed all along.

Cute cover. Cute plot. Dual POVs. SUMMER. How could I not love this book?

This book started out a five-star read for me. I loved the characters, the banter, and the plot, but then it took a turn. It was just too much. Instead of lightly seasoning this book with plot points, someone accidentally dumped the entire container of them. This could also have something to do with my recent realization that I am not a big fan of books that are plot-driven. This reminded me a lot (crazy plot-point wise) of From What I Remember… Things just kept happening and instead of sticking with that one thing, it would pile up one on top of the other.

This book is about Summer, a girl with a babysitting job for a wealthy family who spends their summers in Belize. You would think a summer on an exotic beach would excite Summer but not exactly… She lost her boyfriend to a car accident the previous year and she has essentially quit living. Enter Bray: the party-going, commitment-fearing, hunk of a man who just so happens to be the older brother of the kid she’s babysitting. They force each other to take a real good look at their lives and decide if they’re happy in their ways.

My favorite thing about this book is the relationship that develops between Summer and Bray. I love their setup, the hate to love relationship, and theirs didn’t disappoint. They end up getting stranded on a deserted island which is where they really get to know each other. Bray could be pretty swoony, I’m not gonna lie. I am a fan of putting characters into crazy scenarios and I was ALL FOR the deserted island. It forced them to work together but also to grow in their own strengths.

Their relationship is very sweet; Summer talks about her ex-boyfriend for the first time since his death and she listens about his family problems. I loved watching them bring out the best in each other.

It was all nice and sweet until we’ve been stranded on this island like three weeks, that’s where I started getting annoyed with this book. It was just unnecessary and I was just convinced we were never getting off. And then, when we finally get home, crap happens. A LOT OF CRAP. TOO MUCH CRAP. We’ve only got like forty pages to figure all this stuff out and like forty new problems arise? WHAT?

I did like the romance and I think that if you like plot-driven stories, this could be a really enjoyable book for you. Sadly, it just wasn’t for me. 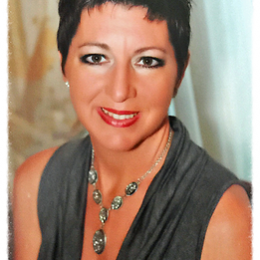 I write full time and love being involved with groups that promote books! Writing young adult and romantic fiction has been the most exciting writing journey of my life! Before novels, I wrote teen curriculum published in both the U.S. and Asia Pacific.

I’ve had a blast the last several months traveling the country and meeting fans! From Missouri to Miami, I’ve gotten to meet awesome enthusiasts at book stores throughout the U.S.

I’m repped by the AMAZING Karen Solem at Spencerhill Associates.

I’ve always been drawn to epic stories about love and loss. Though I have a wide range of tales, from sagas of love lost then rekindled to high adventure young adult novels. In all, you will find a common thread. I call it the soul-mate factor. Enjoy the journey as we dive into characters who–whether saving the world or just their own lives–find their inner strength and risk it all for that elusive thing called love.

One response to “Review: Summer by Summer by Heather Burch”