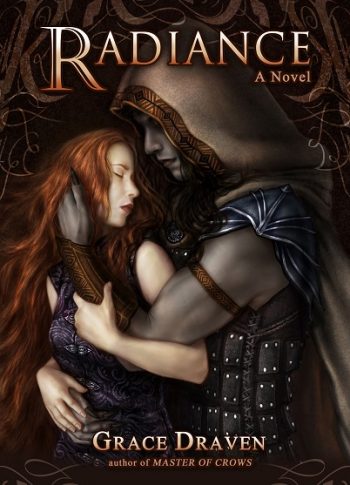 THE PRINCE OF NO VALUE
Brishen Khaskem, prince of the Kai, has lived content as the nonessential spare heir to a throne secured many times over. A trade and political alliance between the human kingdom of Gaur and the Kai kingdom of Bast-Haradis requires that he marry a Gauri woman to seal the treaty. Always a dutiful son, Brishen agrees to the marriage and discovers his bride is as ugly as he expected and more beautiful than he could have imagined.
THE NOBLEWOMAN OF NO IMPORTANCE
Ildiko, niece of the Gauri king, has always known her only worth to the royal family lay in a strategic marriage. Resigned to her fate, she is horrified to learn that her intended groom isn’t just a foreign aristocrat but the younger prince of a people neither familiar nor human. Bound to her new husband, Ildiko will leave behind all she’s known to embrace a man shrouded in darkness but with a soul forged by light.
Two people brought together by the trappings of duty and politics will discover they are destined for each other, even as the powers of a hostile kingdom scheme to tear them apart.

To be honest, I’m not sure how I found Radiance, but I think it was just browsing along in Goodreads and when I saw the 4.20 rating and read a few glowing reviews, I was sold.  Oh wow!  I absolutely adored Radiance and if you love fantasy and romance, this book is for you!

This book is an absolute gem.  This is a story of two “spare” members of different royal families that are betrothed for political reasons.  If you read this description, you can tell that the beginning of the story is not unique. What is unique is that Brishen is not even human.  He’s the prince of the Kai, a lithe, strong, fanged, tall, gray skinned, pupil-less eyes ancient race.  He’s ugly to Ildiko and Ildiko is ugly to him, so no attraction there at all.

Another peal of laughter met his words. Brishen wilted, relieved she took no insult in him so bluntly validating her assumption….

“She exhaled slowly.  The space between her eyebrows stitched into a single vertical frown line. “Had you crawled out from under my bed when I was a child, I would have bludgeoned you to death with my father’s mace.”

Their relationship is slow to grow.  Ildiko accepts her fate and new life head-on.  The Kai keep a night schedule since their eyes and skin are unable to handle the sun.  She has to the used to a LOT in a very short period of time, but she’s strong, willing to learn, she has a sweet and compassionate disposition and she’s able to get past appearances.

Brishen is so patient.  He’s a warrior, a prince, a good commander, friend, an overall amazing being. Like Ildiko, I also felt in love with him.  His family, especially his mother, are awful, but luckily, he lived a five day ride away from the court, by the border of a neighboring kingdom.

I think what I loved more about the romance is that Brishen and Ildiko became allies and friends before they became lovers, and finally fell in love.  They were able to poke fun at each other, calling each other names and acknowledging that although they had a hard time to “reading” each other’s expressions and getting past their physical attributes, that their love was stronger than all of that.

“I think we all seek companionship, wife. Sometimes it’s physical; sometimes it’s much more.” An odd flicker danced in his eyes, and like his grin before, his smile faded. “Loneliness is an empty void. We look for that friend in the light.”…

“Will you be that for me Ildiko,” he said. “That beacon in the void?”…

“The void is vast, like the sea at night and no land in sight. I’ll be the beacon, Brishen.”

I adore the secondary characters too, especially Anhuset, Brishe’s cousin/sister and Serovek, their handsome and honorable human neighbor.  The writing is very good, enthralling and insightful.  The world that Draven built is detailed, easy to understand, even if there is a bit of magic, political machinations and power struggles.   The ending is almost a cliffhanger and I want more!!

Overall, Radiance is a story about impossible love, political machinations, incredible evil, and the ability to see beyond appearances.  I cannot wait for Eidolon, the next book (and conclusion) of the series due to be published early next year.