Game of Thrones meets the Grimm's fairy tales in this twisted, fast-paced romantic fantasy-adventure about Sleeping Beauty's daughter, a warrior princess who must fight to reclaim her throne.

Though she looks like a mere mortal, Princess Aurora is a fairy blessed with enhanced strength, bravery, and mercy yet cursed to destroy the free will of any male who kisses her. Disguised as a boy, she enlists the help of the handsome but also cursed Prince Niklaas to fight legions of evil and free her brother from the ogre queen who stole Aurora's throne ten years ago.

Will Aurora triumph over evil and reach her brother before it's too late? Can Aurora and Niklaas break the curses that will otherwise forever keep them from finding their one true love?

Princess of Thorns had me hooked from the very first page with an opener like that and I stayed hooked until the very end. Heck, it’s over and I’m still hooked, I keep thinking about the characters and HOW I NEED MORE! This is my first Stacey Jay novel (where have I been living?) but it will definitely not be my last. She’s awesome! The writing, the characters, and the concept all made this a huge win for me!

Let’s start with the writing, it was beautiful and it flowed which really helped shaped the world that these characters were living in. This reminds me, there is a map involved! I know so many people love maps in their fantasy novels and this one proved extremely helpful. The wonderful writing connected me with the world, the characters, and the past. One of my favorite aspects is that it’s written through three different POVs (I’ll get to that in the next paragraph) and they each had their own unique voices and characteristics. I have to give Stacey kudos for that, they were all distinct and wonderful!

Next up: The characters. These characters, whether they were major, minor, important, not important, they were ALL WONDERFUL! The main character, Aurora, is Sleeping Beauty’s daughter and a crazy awesome character; her mother refused for her to be fairy blessed at birth realizing that it’s both a gift and a curse but she later gets her gifts and all sorts of things come from that. She is such a strong female character who I instantly loved from the very first second we met her. If it’s possible, Niklaas is just as good of a character as Aurora is! His father in the Immortal King and out of fear of someone taking his throne, he has cursed each of his sons to die on their eighteenth birthdays; the witch who cast the curse took pity and instead transformed them into swans but in Niklaas’ eyes, that isn’t much better. He is on a quest to wed in order to sidestep his curse and he is just awesome, I could just keep talking about him forever. The final POV is a POV that we rarely have and that is the Ogre Queen who is all sorts of bad news; her POVs were CREEPY because ogres take the souls of humans so she spoke in plurals and it freaked me out. The other minor characters were spot on and I loved them all!

Princess of Thorns is wholly unique; I don’t want to say too much but it is definitely different and the plot twists…. I stopped functioning during a few of them but I’m fine now. It’s just… so brilliant. I’ve never read a book quite like this one.

Like I mentioned earlier, it’s about Sleeping Beauty’s daughter but that wasn’t a big part of the book in my opinion; they mentioned her mom’s sleep once in an off-handed remark but that about it. I loved it nonetheless.

This book is full of contrasts and the biggest one was between Aurora and Niklaas; Aurora is a strong female while Niklaas has grown up in a world where women can’t be strong and they have more than one clash. I definitely sided with Aurora on this one, I got SO frustrated by Niklaas but it all made sense and I loved seeing the two of them change.

The set up for the ending is fantastic, I had to reevaluate everything and I saw how she did what she was doing.

The only note that I have is that the pacing is a little weird but also understandable.

In conclusion, I have taken on the responsibility of pushing this book to death so I hope that you check it out. Also, CAN IT BE DECEMBER 9TH YET????? 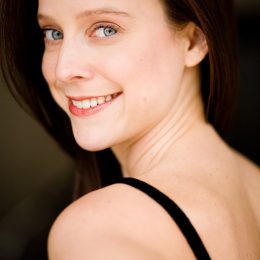 Stacey Jay is a recovering workaholic (or at least working hard at recovering) with three pen names, two small children, and a passion for playing pretend for a living. She’s been a full time mom-writer since 2005 and can’t think of anything she’d rather be doing. Her former careers include theatre performer, professional dancer, poorly paid C-movie actress, bartender, waiter, math tutor (for real) and yoga instructor.

9 responses to “Review: Princess of Thorns by Stacey Jay!”