On the mysterious island of Nil, the rules are set. You have one year. Exactly 365 days--to escape, or you die.
Seventeen-year-old Charley doesn’t know the rules. She doesn’t even know where she is. The last thing she remembers is blacking out, and when she wakes up, she’s lying naked in an empty rock field.
Lost and alone, Charley finds no sign of other people until she meets Thad, the gorgeous leader of a clan of teenage refugees. Soon Charley learns that leaving the island is harder than she thought . . . and so is falling in love. With Thad’s time running out, Charley realizes that to save their future, Charley must first save him. And on an island rife with dangers, their greatest threat is time.

Fellow humans, I’m sorry that I recently disappeared for a few weeks. I just started a new job, a new semester, and I was participating in a writing contest. But alas, I’m back with a review!

I’ve been wanting to read Nil since back in May and I couldn’t help myself when I saw it at Half Price Books for $8.99. If you can recall, I recently met my favorite author, Morgan Matson, in May and I also met the lovely Lynne Matson (not related). I was talking with Morgan when Lynne jumped in and I FREAKING ADORED HER. Literally, she’s the sweetest. We fangirled about Kasie West and just talked about life. It was glorious. Thus why I HAD to read Nil.

Nil is about an island where teenagers mysteriously wake up naked with no recollection of how they were transported there (well, they remember burning up and then freezing) and always at noon. I love when adults aren’t in the picture so that we can really get a chance to see how teenagers work together and it worked awesomely in Nil. The book is told through alternating POVs: Charley who we meet on her Day 1 and Thad who we meet on his Day 267. It was a fun glimpse to be able to see the island for the first time and for the millionth time, it really gave Nil (the name of the island) dimensions. Teenagers get deposited in different areas on random days but they all have one thing in common, they have 365 days to get off or…          Talk about a time crunch.

Lynne gave us glimpses of everything this island held which I loved. We got to see renegade members, deaths galore, wild creatures, grisly blood baths, and so much more. The best part of this book is easily the mystery of the island. Nil is cruel and methodical which was great to see as the characters discovered this. It has a very Saw vibe to it, in the sense that they are given nothing and have to figure it out while the “master” is overlooking it. Maybe that’s just me. This is actually a huge compliment considering Saw is one of my favorite movies ever.

Now, the characters… Neither Charley nor Thad really struck a cord with me. They were a little too “perfect” for my taste. I do need to warn you, there is… instalovey dovyness in this. It was kind of annoying but I can understand, sort of. Regardless, I enjoyed the other characters. They really helped to round out the cast. Just don’t get too attached, people tend to die. I enjoyed how Lynne showed the struggles of distancing yourself from someone and the bravery it takes to let someone in. Literally, people  that some people are in love with die. Poof. It’s a rough life. And it isn’t only the time limit, there are wild creatures who just want a bite of human flesh. Well, any flesh would do, I suppose.

How do you get off the island, bro? Good question. You have to catch a gate. A gate is a tall shimmery wall of moving air… Just go with it. You have to catch one of these things but the trick is finding one of them. Their entire lives on the island is about happening upon these weird wall thingies. It brings out some idiots, to be honest. Charley starts trying to track these gates to find a pattern but why was she the first one to think of this???? That part pisses me off.

Honestly, this felt like a prequel. It’s setting up so much stuff and leaving me with lots of questions. Questions that will hopefully have answers in Nil Unlocked. It did its job, I really want to learn more about the mystery of Nil. Go Lynne!

To sum it up, Nil is an interesting read and I’m hoping that it is the buildup to more. I give it 3.75 stars. And yes, my rating might be swayed  a little by how much I adore the author, but only a little. 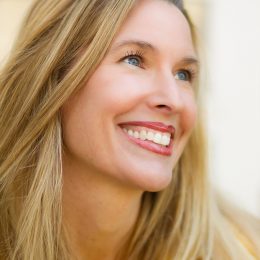 I love books–both reading and writing them. When I’m not reading or writing, you can find me hanging out with my husband and four sons. At any given time, at least one of the 6 of us is up to no good.:)

My books: NIL and NIL UNLOCKED are out now; NIL ON FIRE ends the trilogy in May of 2016. Join the #NILtribe…we have cool snacks.:)

One response to “Review: Nil by Lynne Matson”