Also by this author: Magnolia

In Magnolia Branch, Mississippi, the Cafferty and Marsden families are southern royalty. Neighbors since the Civil War, the families have shared vacations, holidays, backyard barbecues, and the overwhelming desire to unite their two clans by marriage. So when a baby boy and girl were born to the families at the same time, the perfect opportunity seemed to have finally arrived.

Jemma Cafferty and Ryder Marsden have no intention of giving in to their parents’ wishes. They’re only seventeen, for goodness’ sake, not to mention that one little problem: They hate each other! Jemma can’t stand Ryder’s nauseating golden-boy persona, and Ryder would like nothing better than to pretend stubborn Jemma doesn’t exist.

But when a violent storm ravages Magnolia Branch, it unearths Jemma’s and Ryder’s true feelings for each other as the two discover that the line between love and hate may be thin enough to risk crossing over

I’m so glad I decided to pick this up after all those rave reviews! Magnolia has a very cute and adorable romance and I did end up totally loving every single moment of it!

Magnolia is about the Cafferty and Marsden families. They’ve been neighbors and friends since the Civil War, sharing vacations, holidays, backyard barbecues and more. For ages they’ve wanted to unite their families by marriage. And when a baby girl and boy were born around the same time, it seemed the perfect opportunity. But Jemma Cafferty and Ryder Marsden are not friends and they don’t want to give in to their parents wishes. Then Jemma’s sister gets sick and her parents go with her to Houston for surgery and Jemma stays behind alone, just when a violent storm is about to hit Magnolia Branch. Little does she know that, with Ryder there as unexpected company, things are about to change for both of them.

To be honest, I didn’t think I’d like this all that much. It’s kind of the opposite of Romeo and Juliet and I thought it’d be way too cheesy even for me. But I ended up loving it! The story is set in the town Magnolia Branch, Mississippi and the way Kristi described Jemma’s surroundings was just magical. It made me want to move there. Until she mentioned the snakes and spiders. Kristi just got me hooked from the start and I loved how she indicated chapters with Act I, scene 1 and so forth. It’s really original actually.

The book started out before the storm, so we get to know the families and the main characters more. And I loved how Jemma didn’t really hate Ryder. There’s more to it than just hating him. And then her sister gets sick and she ends up being alone when a big storm is about to hit her home town. Ryder was asked to stop by and before they know it they’re stuck together in Jemma’s house during the storm and that was actually pretty scary. I was hooked to my e-reader the whole time because I was so scared for them. And this happens in real life, which made it even more scary. But next to that it made them grow closer and they even admit to their real feelings for each other and it starts out the romance and I loved it!

Aside from the storm nothing really big happens but that’s not really necessary. After the storm Jemma and Ryder have to figure out what they want and what’s happening between the two of them and I just loved reading about that. They’re so cute together when they finally set aside their stubbornness! I loved Jemma and how she really can kick your ass. Well, shoot it actually. But she’s also very insecure at times. Ryder is just perfection in my eyes, even with his flaws. I love him to death. And I’d just go along with my parents if I were Jemma. Come on, be honest… You wouldn’t mind ending up with a guy like Ryder now would you? Didn’t think so. All of the other characters were awesome too, but they didn’t really have a big role in this story. It’s more about Jemma and Ryder, really.

One other thing that I wanted to share. In the beginning, Jemma is telling us how things work in her family and how their bond is with the Marsdens and when she’s telling how it was growing up with Ryder, it reminded me of a sequence in the animated movie The Swan Princess. You know, with the song This Is My Idea,… They’re growing up together, their parents already planning their marriage from when they were born and they totally don’t like each other. If you don’t know the movie, just look for it on Youtube.

Magniola ended up surprising me even after seeing all the positive reviews. With a beautiful setting, realistic characters and an adorable romance, Kristi has written a very engaging and kind of cute story. Recommended to fans of contemporary, but even if you’re not big on contemporary, I think you’ll enjoy this one. 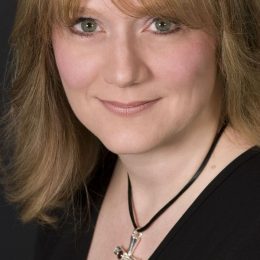 As a child Kristi Cook took her nose out of a book only long enough to take a ballet class (or five) each week. Not much has changed since then, except she’s added motherhood to the mix and enjoys penning her own novels as well as reading everybody else’s. A transplanted southern gal, Kristi lives in New York City with her husband and two daughters. Visit her online at www.kristi-cook.com