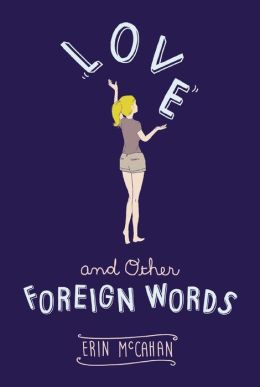 Love and Other Foreign Words

Also by this author: I Now Pronounce You Someone Else, Love and Other Foreign Words

Can anyone be truly herself--or truly in love--in a language that's not her own?Sixteen-year-old Josie lives her life in translation. She speaks High School, College, Friends, Boyfriends, Break-ups, and even the language of Beautiful Girls. But none of these is her native tongue -- the only people who speak that are her best friend Stu and her sister Kate. So when Kate gets engaged to an epically insufferable guy, how can Josie see it as anything but the mistake of a lifetime? Kate is determined to bend Josie to her will for the wedding; Josie is determined to break Kate and her fiancé up. As battles are waged over secrets and semantics, Josie is forced to examine her feelings for the boyfriend who says he loves her, the sister she loves but doesn't always like, and the best friend who hasn't said a word -- at least not in a language Josie understands.

It’s my first review with Reading with ABC and I’m already giving a book all five stars, I guess I wanted to start it off right.

Love and Other Foreign Words is a contemporary YA book that has a clever concept unlike any book I’ve read before. Oftentimes, fantasy or dystopian YA novels are credited with unique ideas and immersion to a new thought but this contemporary set a new trend. Erin McCahan takes the huge concepts of languages and cultures and implants them into our everyday life. Josie, the main character, is a genius and her view of the world consists of determining the appropriate language for each situation and responding in a way that is akin to that culture. She fluently speaks high school, college, home, prom, the track team, the volleyball team, juniors, seniors, and bridesmaids but all she really wants is for someone else to speak Josie.  The novel is written in first person which I found to be incredibly necessary for the reader to truly understand Josie and her actions; I love a first person POV if it adds to the character and overall story which is exactly what happened in this book. I found it fascinating to see into Josie’s mind because we all translate and appropriately respond to different people and “languages” every day but what to me is normal, to Josie is cultural.

I have to lavish Erin McCahan with praises for her characters and their development. Every single character she wrote made sense and added to the story. The reader gets to see why all of these people are in Josie’s life and how they help her grow. I found Josie to be refreshing because she was a nerd but not the nerd that has been popping up in literature lately, qualified a nerd only because of their sight impairment; she was a nerd because of her IQ and social ineptitude. She can be rude, impulsive, harsh, and blunt but she does it out of love for the people in her life. I love that Josie was a likeable character but she had some qualities that made her annoying; the good and the bad made her real. Erin McCahan developed her characters in a way that we got to see their growth throughout the novel.  I think as readers, we cling to characters and novels because we want to see them grow and in this novel we got just that. I was amazed at how well written and beautiful it all was. Her parents and sisters were written into the story in a way that made them major characters because they gave us insight as to why Josie is the way she is. They all love her without question but they do struggle with her stubborn and rude ways, how they handle it shows how close of a family they are.

One of my main praises for this novel was the use of vocabulary; since we are in Josie’s head, we get to read and learn vocabulary from her. This is what I love about reading books, it adds to your vocabulary without you even realizing it. I know that YA novels get a bad reputation for having poorly written or easy to read novels but Erin McCahan blows that notion out of the water. It was a cleverly written book and expertly organized.

I felt like a Red Bull commercial at the conclusion of the book, my heart had wings. That’s incredibly corny to say but I stand by my statement. All of the happiness was in me.

Note: There were some slows parts that seemed to be repetitive but it adds to the overall story.

Overall: Josie was a multi-dimensional character that readers will love and cling to. I give this five stars because it was amazingly written and a truly sensational story. 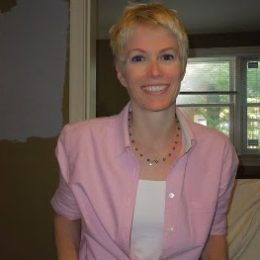 Erin McCahan is an Ohio-dwelling, unabashedly Styx-loving, full-time writer who enjoys a variety of hobbies, excluding role-playing, sticky things, and karaoke. She lives in New Albany, near Columbus, with her husband.

4 responses to “Review: Love and Other Foreign Words by Erin McCahan”