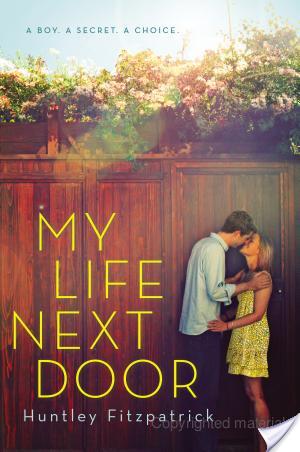 My Life Next Door

Also by this author: My Life Next Door

A gorgeous debut about family, friendship, first romance, and how to be true to one person you love without betraying another.

“One thing my mother never knew, and would disapprove of most of all, was that I watched the Garretts. All the time.”

The Garretts are everything the Reeds are not. Loud, messy, affectionate. And every day from her balcony perch, seventeen-year-old Samantha Reed wishes she was one of them - until one summer evening, Jase Garrett climbs her terrace and changes everything.

As the two fall fiercely in love, Jase's family makes Samantha one of their own. Then in an instant, the bottom drops out of her world and she is suddenly faced with an impossible decision. Which perfect family will save her? Or is it time she saved herself?

I have no words to describe how much I love My Life Next Door. It is fabulous. It’s warm, it’s funny, it’s real – it’s one of my favourite books of all time.

The characters of this novel are fantastic. Samantha, our heroine, is the daughter of a wealthy, successful state senator and there is no doubt in her mother’s mind that Sam will follow a similarly direct life path. Sam may not be immediately likeable – having spent seventeen years learning how to hold herself back it takes more than a few chapters for her to learn to let go – but she is complex, and I really admire that. She’s a blunt, outspoken narrator, yet she’s afraid to call out her mother’s domineering, manipulative behaviour. She’s smart and she’s responsible, yet she can’t seem to find the courage to take charge of her own fate. Sam has real faults and insecurities without ever seeming whiny, and that’s a difficult balance for anyone to strike. Jase, in contrast, is sweepingly confident and charming without even needing to try, but he retains his humility and takes nothing in his life for granted. As one of the older kids in his family, he’s got that natural leader aura about him, but he’s deeply caring and he has fears, too.

The romance between Jase and Samantha is the kind dreams are made of. It’s beautifully written and you can see it unfolding before your very eyes. Even more than Samantha, I loved Jase, and what I love most about both of them is that they’re mature  teenagers – they think about others, they don’t make decisions lightly, they’re not foolish enough to believe that their love is automatically eternal, but they’re still relatable and make you smile. You’re always rooting for them and to this day they’re one of my favourite couples ever in YA.

And of course, no-one could review My Life Next Door and not mention the extended Garrett family. I love young adult books about families, so the Garretts found a place in my heart right away. All eight children – Joel, Alice, Jase, Andi, Harry, Duff, George and Patsy – have distinct personalities, so distinct in fact that I can still remember all of them even though it’s been months since my last re-read of the book! From Alice, a nurse in training, to Andi, who’s just landed the boy of her dreams (or so she thinks), to Harry, who’s always in trouble, to George, everyone’s mischievous favourite, they form a strangely endearing menagerie. I don’t know anyone who’s read the book who hasn’t enjoyed their close bond and sense of loyalty to one another. Family life for them isn’t perfect – money’s permanently tight and you’re more likely to find them arguing than you are to find them all living in blissful harmony – but they come through for each other and that’s what matters.

Samantha’s family, on the other hand, will make you recoil in absolute horror. With her older sister gone for the summer, Sam’s been left alone with a mother who’s got her eyes firmly fixed on the next rung of the state political ladder and the slightly terrifying Clay, her mother’s boyfriend/slimy managerial control freak. Sam’s mom really does not like the Garretts (did I mention she’s a total snob?) and she treats Sam as little more than an inconvenience. She’s not the Wicked Witch of the West – Huntley Fitzpatrick’s careful not to make anyone into a caricature and distant though she may be, Sam’s mom does have her reasons – but it’s hard not to feel sorry for Sam, who’s had to grow up in such a loveless and totalitarian household.

Before Jase came along, there was only one person Sam would ever think of going to when she needed to get away from the tensions of home: her best friend Nan. Don’t count on Nan just being the place-holder BFF character, however, because with the introduction of her older brother Tim, who’s a little wayward, a little lost and a whole lot unreliable, a new dimension of intrigue, doubt and revelation is added to their outwardly uncomplicated friendship. There’s more to Tim’s character than you could ever imagine, and that’s something we’ll see more of in his own sequel, slated for release in 2015 and entitled The Boy Most Likely To.

My Life Next Door, however, is not just a study in character and family. There’s lots of conflict and plot, too – just enough to drive the story forward but not so much that it starts to read like a soap opera. It’s got the kind of drama that keeps you wondering and just at the right time unleashes its full impact. For those who say contemporary YA lacks plot and focus, My Life Next Door proves otherwise: it’s a masterfully drawn and well-executed tale, rich in both action and reality.

In short: I am – and always will be – head over heels in love with this book. It’s gloriously heart-warming and sweet, full of story, life, love and laughter. Absolutely wonderful. 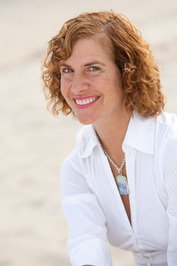 Huntley Fitzpatrick grew up dreamy and distracted in coastal Connecticut, attended Concord Academy and Yale. She flourished in a family of bookworms where everyone always had their nose in a book. She kept an exhaustively thorough journal which frightened her boyfriends but has proved very useful in her career as a writer. Her debut contemporary Romance, MY LIFE NEXT DOOR, was published in June of 2012 by Penguin-Dial for Young Readers. Now she laughs with and eavesdrops on her six children who provide her with perspective and material. She is represented by the amazing Christina Hogrebe of the Jane Rotrosen Agency.

8 responses to “Review: My Life Next Door by Huntley Fitzpatrick”