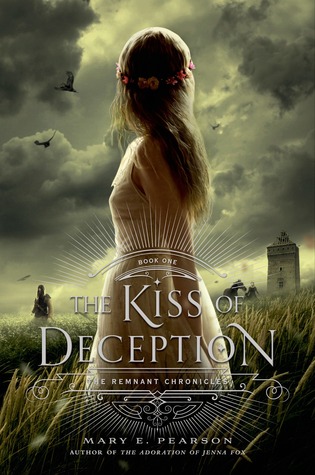 The Kiss of Deception

Also by this author: The Heart of Betrayal (The Remnant Chronicles, #2)

In this timeless new novel about love and sacrifice - the first in Mary E. Pearson's highly anticipated Remnant Chronicles - a princess must find her place in a reborn world.

In a society steeped in tradition, Princess Lia’s life follows a preordained course.

As First Daughter, she is expected to have the revered gift of sight—but she doesn’t—and she knows her parents are perpetrating a sham when they arrange her marriage to secure an alliance with a neighboring kingdom—to a prince she has never met.

On the morning of her wedding, Lia flees to a distant village. She settles into a new life, hopeful when two mysterious and handsome strangers arrive—and unaware that one is the jilted prince and the other an assassin sent to kill her. Deception abounds, and Lia finds herself on the brink of unlocking perilous secrets—even as she finds herself falling in love.

There are just so many reasons to love The Kiss of Deception. It’s the kind of story that pulls you in and invades your heart. It’s a reader’s paradise. I haven’t loved a high fantasy novel the way I loved this one in a long, long time.

On the one hand, this is classic fantasy – filled with epic landscapes, rich histories, chases on horseback and rogue love interests – and yet at the same time, it’s something we’ve never seen before. We’re thrown into preparations for Lia’s wedding to the mysterious prince but we’ve scarcely begun to imagine the complexities of court life when Lia makes a life-altering decision: she doesn’t want to be bound to a man she’s never met and would rather live on the run than be used as a bargaining chip in her nation’s uneasy dealings with its neighbours. There’s no hanging around waiting for our heroine to discover who she is. It’s rare to see writing so brave and pacy; it’s fantastic.

Lia made me think about how much we overuse the word ‘determined’. Lia is determined in a way that puts other leading characters to shame. She’s resolute and she’s prepared to go to great lengths to take charge of her fate – whether that means working in a tavern just like any other village girl or standing up to a bunch of vagabonds who could end her life in one swift stroke if they wanted to. Lia is a character who inspires both empathy and huge admiration in the reader.

Kaden and Rafe – the Assassin and the Prince – couldn’t be more different. Kaden is the closest thing to a career criminal as you can get in a place like Morrighan, or indeed his home country of Venda. Kaden owes his life to the distant Komizar, and must take other lives in order to repay the debt. His defiant, surprisingly warm narrative, however, tells another side of the story: one of a boy made a man by countless harsh realities, taught to devalue human life but somehow unable to murder a girl he should hate on principle. He’s no saint, but he just doesn’t just spare Lia’s life, he saves it – repeatedly. Suddenly, the last thing he wants is for Lia to die on his watch.

Rafe, in contrast, is self-assured, gallant and absolutely fearless. As a Prince of Dalbreck in a patriarchal world, he’s been given far more freedom than Lia ever was as First Daughter of Morrighan. Any other heir would be furious, bitter and wounded at Lia’s rejection, but Rafe’s intrigued: he knows just how much strength it takes to defy a king, especially when that king’s your father. He was prepared to marry for the simple reward of securing the future of his kingdom, but Lia’s not someone to be owned.Away from the pressures of the palace, he finds himself falling deeply and irreparably in love with her – but of course, Rafe is still the reason Lia ran away, and he can’t bring himself to tell her who he really is. What if it destroys the fragile possibility of their relationship before it’s even begun?

Despite not knowing the real identities of either suitor, our heroine is anything but naïve. Her own father has just put a price on her head so high you could build cities with the reward and still have enough change for a pint of ale and a square meal at the small inn where she’s made a new life for herself alongside loyal friend Pauline. They’re trying to keep out of danger, but it’s always closer than you think.

The Kiss of Deception totals just under five hundred pages, but it feels like far less. The words fly by until suddenly you realize there are three chapters left and you don’t want it to end! The second I looked up from the story, I couldn’t wait to get back to it. This is just Episode One of a far greater adventure and while this part of the tale is satisfyingly self-contained, I’m already counting down the days until the release of the sequel. Pearson has played her cards close to her chest, leaving questions, countries and even whole characters – particularly Lia’s many brothers  – unexplored in this novel so that they may be featured more fully in the next.

This book reminded me why I love high fantasy. Vividly imagined, incredibly well-written and magnificently well-executed, The Kiss of Deception delivers on every level. Absolutely exquisite. 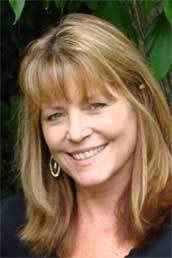 Mary E. Pearson is the award-winning author of The Jenna Fox Chronicles, The Miles Between, A Room on Lorelei, and Scribbler of Dreams. She writes full-time from her home office in California where she lives with her husband and two golden retrievers.

3 responses to “Review: The Kiss of Deception by Mary E. Pearson”