I'd Tell You I Love You, But Then I'd Have to Kill You

Also by this author: All Fall Down, The Gallagher Girls Series, Heist Society

Cammie Morgan is a student at the Gallagher Academy for Exceptional Young Women, a fairly typical all-girls school-that is, if every school taught advanced martial arts in PE and the latest in chemical warfare in science, and students received extra credit for breaking CIA codes in computer class. The Gallagher Academy might claim to be a school for geniuses but it's really a school for spies. Even though Cammie is fluent in fourteen languages and capable of killing a man in seven different ways, she has no idea what to do when she meets an ordinary boy who thinks she's an ordinary girl. Sure, she can tap his phone, hack into his computer, or track him through town with the skill of a real "pavement artist"-but can she maneuver a relationship with someone who can never know the truth about her?

Cammie Morgan may be an elite spy-in-training, but in her sophomore year, she's on her most dangerous mission-falling in love.

Talk about a throwback Thursday! The NTTBF (North Texas Teen Book Festival) announced their lineup a month ago and Ally Carter made the list! The very Ally Carter whose books I devoured in high school, I’m now getting to finally meet in March. As soon as I heard this, I decided I needed to do a reread since it’s been awhile. Great news: they’re still just as fun as they were.

First off, the world that Ally Carter has created is WONDERFUL! Gallagher Girls have stood the test of time and the things that are attributed to them are both hilarious and believable. I can picture the school, the teachers, and the fellow students which made this book so much fun. Cammie, our MC, is great about taking us on an in-depth tour of the school, with all of its secret passageways and hidden nooks, which helped the book come together. I was surprised that I actually found this book to be believable; I wouldn’t be surprised if there was a spy school posing as a snobby girl school near me because Ally wrote it so well that it was plausible. Basically, it’s just all sorts of fantastic.

Cammie is a spy prodigy with both her mother and father being known spies; her father died before our story begins and her mother has since taken over as the head of Gallagher Academy. It was (can’t find adequate word) interesting? to see Cammie deal with her father’s death and how it still affected her to present day; we also get a chance to see a bit of their background which helps to understand the character of Cammie more. She’s a really fun character, immature at times, but overall really enjoyable.

Speaking of characters, Cammie’s ragtag team of awesomeness was… awesome; first up is Bex, the insanely clever (and British) GG who gets what she wants through her confidence and dangerous ways, Liz, the resident brain of the group, and Macey, the new student who teaches the girls that there are a lot of things that they don’t know, like boys. The dynamics of this group was so much fun to read, they were a powerful team but they weren’t perfect, they still fought but at the end of the day, they were always there for one another.

Don’t read this book if you strictly want romance because it was… lacking. I actually found it to be annoying but I think I liked it in high school? Maybe. I actually forgot about this guy because there is another more memorable guy who I believe we meet in the next book.

It is geared towards younger girls but I thoroughly enjoyed it. I can’t wait to meet Ally in March! 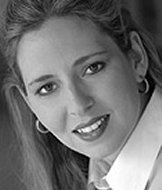 Her life is either very ordinary or the best deep-cover legend ever. She’d tell you more, but…well…you know… 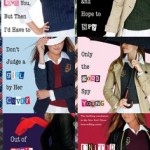 8 responses to “Review: I’d Tell You I Love You, But Then I’d Have to Kill You by Ally Carter”