I don’t even know how to start this review.  My first book by Hoover was Maybe Someday and I was impressed by her writing.  I next purchased Hopeless in audio at the insistence of Nereyda from Mostly YA Book Obsessed who claimed that this was an awesome book.  You did not exaggerate my friend, Hopeless was indeed an awesome book.

Sky is our fearless protagonist.  I really liked Sky. She had a unique sense of humor and a really good life.  She has been raised by her overprotective adoptive mother and she has been homeschooled and cut off from all technology.  At the insistence of Six, her best friend, she enrolls in high school as a senior.  This doesn’t go very well for her, but fear not, this is not a high school drama per se.  Sky has obvious emotional issues, but slowly falls for the hopeless boy.

“The sky is always beautiful.Even when it’s dark or rainy or cloudy,it’s still beautiful to look at….it’ll be there no matter what…and I know it’ll always be beautiful.”

Dean Holder – be still my heart – has gone through a lot. His family and his life are falling apart and he’s trying to put the pieces back together.  His first encounter with Sky is kind of creepy and she notices a tattoo that says “hopeless”.  We get to know what that means for him, later in the story.  Holder is a little volatile and a lot sweet.  He’s smart, protective, patient, handsome, and moody.

The relationship between Sky and Holder is so complex, full of ups and downs, realistic, and powerful.  It is full of secrets and discoveries and raw emotions.  These are two imperfect characters that together make a perfect couple. One for the hall of fame for sure (what?  I can’t have my own hall of fame?)

“I laugh and rush to him, throwing my arms around his neck. “You’re the best, most understanding boyfriend in the whole wide world.”

He sighs and returns my hug. “No, I’m not,” he says, pressing his lips to the side of my head. “I’m the most whipped boyfriend in the whole wide world.”

Six is Sky’s best friend and at her insistence, Sky enrolls in high school.  Unfortunately, Six is accepted into a foreign study program in Italy.  Even if she isn’t in most of the book, she still texts and emails Sky and is very much present in her life.  Breckin becomes Sky’s friend in school and I really liked him.

“It’s what happens when two people become one: they no longer only share love. They also share all of the pain, heartache, sorrow, and grief.”

The writing is phenomenal. Hopeless is a true work of art, not only in its plot, but in the dialogue and in the insight the characters gain.  The banter between the characters is so good and sometimes downright funny.  But don’t be fooled, this story is heartbreaking.  I’m not ashamed to tell you that I cried (I know I cried all the time, but still.)  I promise that it’s is worth it.

From the beginning of the story I sort of knew something was wrong with Sky and that Holder was hiding something.  I even had an inkling of what might be, but nothing prepared me for what really happened. The mind is such a powerful thing.  It is amazing how hurtful, tragic, painful events can be forgotten and covered under other happier events.  How the mind can make explanations for the lack of memories and don’t question why.

“And while I could sit here and feel sorry for myself, wondering why all of this happened to me .I’m not going to do it. I’m not going to wish for a perfect life. The things that knock you down in life are tests, forcing you to make a choice between giving in and remaining on the ground or wiping the dirt off and standing up even taller than you did before you were knocked down. I’m choosing to stand taller. I’ll probably get kicked down a few more times before this life is through with me, but I can guarantee you I’ll never stay on the ground.”

Overall, Hopeless is a story of heartbreak, of right and wrong, of loss and most of all of a love so powerful that can mend it all. An amazing read. You should read it too.

About the audiobook: Hopeless is narrated by  Angela Goethals.  She also performed the narration for Maybe Someday so she is like a good friend by now.  I like that the voices were distinctive from each other and easy to recognize.  The intensity of the emotions comes across beautifully in the performance. So good. 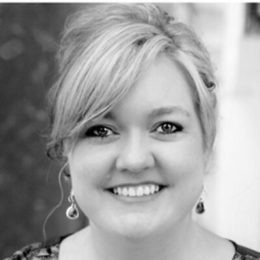 « Waiting on Wednesday: 99 Days by Katie Cotugno
In which I announce new things & stuff »