Also by this author: Him, Us, The Deal

They don’t play for the same team. Or do they?

Jamie Canning has never been able to figure out how he lost his closest friend. Four years ago, his tattooed, wise-cracking, rule-breaking roommate cut him off without an explanation. So what if things got a little weird on the last night of hockey camp the summer they were eighteen? It was just a little drunken foolishness. Nobody died.

Ryan Wesley’s biggest regret is coaxing his very straight friend into a bet that pushed the boundaries of their relationship. Now, with their college teams set to face off at the national championship, he’ll finally get a chance to apologize. But all it takes is one look at his longtime crush, and the ache is stronger than ever.

Jamie has waited a long time for answers, but walks away with only more questions—can one night of sex ruin a friendship? If not, how about six more weeks of it? When Wesley turns up to coach alongside Jamie for one more hot summer at camp, Jamie has a few things to discover about his old friend...and a big one to learn about himself.

Warning: contains sexual situations, skinnydipping, shenanigans in an SUV and proof that coming out to your family on social media is a dicey proposition.

Holy damn! Seriously, I have found a new love in the New Adult genre. I was getting tired of it to be honest and it always felt like the same old thing, but then my friend Nick recommended this one and I knew I had to give it a try. I love reading Yaoi manga, which is basically this, but illustrated. So yeah… There was no way I wasn’t going to love it.

Him is about Jamie Canning and Ryan Wesley. Four years ago, Wes cut Jamie off without an explanation after things got a little weird on the last night of hockey camp. Now they meet again and Wes will finally be able to apologize for what happened. But their reunion will change more than he could have hoped for.

Him is a New Adult Contemporary with a M/M Romance, which is kind of new to me. But I loved it. I really, really did. It was fun, very steamy, very romantic and so very good. It wasn’t as angsty as NA books tend to be, which is awesome! I hate all that unnecessary angst and I’m so happy it wasn’t in this book! I loved the story and the characters. Jamie and Wes were both amazing main character and their romance was amazing! The steamy scenes were fantastic and yes, they made me blush and really… uncomfortable in a way. Mission accomplished, probably?

I also adored Jamie’s family, who were so very supportive and loving. And Wes’ teammates too. His parents weren’t all that nice though. It’s been a while since I wrote a real review for a New Adult novel because I really was getting tired of the genre. I think I’ve found my new groove in it with this variation. I’m certainly very eager to read more M/M Romances. So please, recommendations are very welcome! I devoured this one in just a few hours, guys. For real.

Him is a very hot, fun and romantic book that I really recommend IF you’re open to M/M Romance. If not, you’d best skip it because it’s quite… detailed. If you are, go and buy a copy and read it. Read it now! 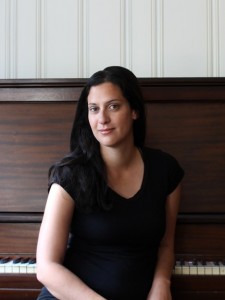 10 responses to “{Review} Him by Sarina Bowen & Elle Kennedy”