We Should Hang Out Sometime: Embarrassingly, A True Story

Josh Sundquist only ever had one girlfriend.
For twenty-three hours.
In eighth grade.

Why was Josh still single? To find out, he tracked down the girls he had tried to date and asked them straight up: What went wrong?

The results of Josh's semiscientific, wholly hilarious investigation are captured here. From a disastrous Putt-Putt date involving a backward prosthetic foot, to his introduction to CFD (Close Fast Dancing), to a misguided "grand gesture" at a Miss America pageant, this story is about looking for love--or at least a girlfriend--in all the wrong places.

Humans, I really have to stop declaring that I KNOW that I’m going to love a book because I’ve been striking out lately. I KNEW that We Should Hang Out Sometime would be awesome and hilarious but instead it was one dimensional and repetitive.

I read the synopsis of this book a few months ago and I was SOLD, it was gonna be like that Adam Brody movie Some Girl(s) but this book wasn’t for me. We meet Josh I think in the eighth grade and I get it, eighth graders are weird and scared of rejection, but then that’s how he was at 14, then 16, then 17, throw in college, and he is still this way in his late twenties. WHAT? That doesn’t sound like any change to me, oh wait, there wasn’t. It was the exact same story over and over again, and none of it made sense! I just, this book wasn’t for me.

The main problem I had with this book was that his entire goal in life was to have a girlfriend; he even said that he wanted to kiss any willing girl. HAVE BETTER GOALS! I get that this book was about his lack of girlfriends but I wish that we could have focused on anything else.

I did like that he drew a lot of graphs and charts to help illustrate his point and I like the cover. It wrapped up nice enough, I guess, though by the end I didn’t care at all.

Listen, I know that people really like this and I don’t want to deter others, this just wasn’t a book for me.  I hope that you all had a wonderful Thanksgiving! 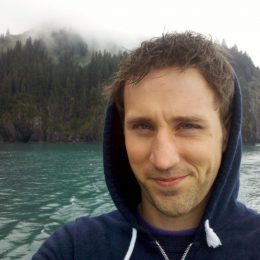 JOSH SUNDQUIST was a member of the 2006 US Paralympics Ski Team in Turin, Italy. A graduate of the College of William & Mary and the University of Southern California, he is the founder of LessThanFour.org, the worlds largest online community for amputees. He is 25 years old and lives in the Washington, DC area.

6 responses to “Review: We Should Hang Out Sometime by Josh Sundquist”