Purple-haired, sharp-tongued Reese MacKay knows all about making the wrong choice; she’s made plenty of them in her twenty-odd-years. So when her impulsive, short-lived marriage ends in heartbreak, she decides it’s time for a change. She moves to Miami with the intention of hitting reset on her irresponsible life, and she does quite well…aside from an epically humiliating one-night stand in Cancun with a hot blond bouncer named Ben. Thank God she can get on a plane and leave that mistake behind her.

Football scholarship and frat parties with hot chicks? Part of charmer Ben Morris’s plan. Blown knee that kills any hope of a professional football career? So not part of the plan. Luckily Ben has brains to go with his knockout looks and magnetism. After three long years of balancing law school with his job as a bouncer at Penny’s Palace, he’s ready to lead a more mature life—until his first day of work, when he finds himself in the office of that crazy, hot chick he met in Cancun. The one he hasn’t stopped thinking about.

If Ben truly were a smart guy, he’d stay clear of Reese. She’s the boss’s stepdaughter and it’s been made very clear that office romances are grounds for dismissal. Plus, rumor has it she’s trouble. The only problem is, he likes trouble, especially when it’s so good-looking…

Well, how did you think this would end? Of course I love it! It’s K.A. Tucker. Just like Colleen Hoover, she always delivers. Her books are always amazing and I always end up loving them. And by the way… I do want to be a citrus farmer now.

Five Ways To Fall is the fourth book in the Ten Tiny Breaths-series and this time it’s about Ben, the bouncer from Penny’s we’ve come to know in the previous books, and Reese MacKay. Reese knows all about making wrong choices, she’s made plenty of them herself. Her latest being Jared, the man she married way too fast and who cheated on her after only a few weeks of being married. So she moves in with her stepdad in Miami, ready for a change and turn her life over a new leaf. And she does quite well, aside from that one stupid, humiliating night in Cancun with a bouncer named Ben. Little does she know that Ben is just starting at her stepdad’s law firm just like her.

While I loved Four Seconds To Lose, I’m glad Five Ways To Fall isn’t as dark as that one. If I had to compare it to another book in the series, I think it’d be One Tiny Lie. It doesn’t really involve Penny’s except for a party or two. We do see the others again, but very briefly. Ben starts working at a law firm, leaving his job as a bouncer behind and Reese has just turned her life around and started in that same firm from her stepdad as a paralegal. Their relationship doesn’t start all that well and they don’t like each other very much in the beginning but I loved how they growed to care for each other and how they opened each other up eventually. Guess that’s just K.A. Tucker’s magic.

I was never very fond of Ben in the previous books but after I got to know him in this one, I really loved him! He’s so sweet and caring and I love his bond with his mother. His life hasn’t been easy because of some intense family drama and his football career being blown to pieces after someone ruined his knee in high school. He’s not just a playboy. Because of all the drama from his home, he doesn’t believe in love and marriage and he wants to avoid it at all cost out of fear he’ll become his dad. He just really needs a hug.

I loved Reese. She’s feisty, stubborn, witty but also a tad insecure. The thing I loved most? She wasn’t flawless. Not even her looks. Sure she’s pretty close to perfect on many ways, but I loved how her imperfections were what made her so perfect in Ben’s eyes. She’s got similar things to deal with. A lot of family drama. Her dad left her in a diner and her mother isn’t really a mother. And she got her heart broken by Jared. In a way, Reese and Ben were made for each other. The healed each other and I loved seeing their relationship develop.

Like I said, most of this book doesn’t involve Penny’s, the strip club Ben worked at. It’s mostly the law firm and Miami itself, but also the citrus farm of Ben’s mother. I’ve heard a lot about that in other reviews. People telling they wanted one after reading this book. I can understand that. Hell, I’m totally with them. I want to be a citrus farmer too!

Yeah, so this is another home run for K.A. Tucker. What can I say? Keep ’em coming, that’s what. If you loved the other books in the series, you’ll love this one. Simple as that. 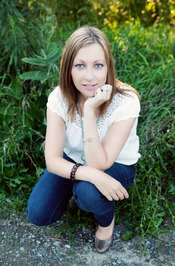 {Review} The Prince and the Dressmaker by Jen Wang
Review: Four Seconds To Lose by K.A. Tucker

« Waiting on Wednesday #60: All the Bright Places by Jennifer Niven
Review: Maybe Someday by Colleen Hoover »

7 responses to “Review: Five Ways To Fall by K.A. Tucker”