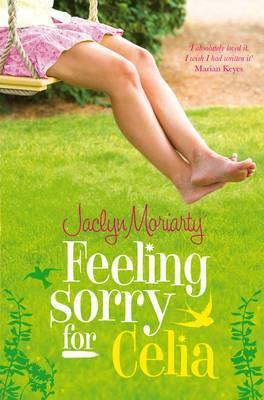 The novel, which is written through a series of letters, follows Elizabeth Clarry, an Australian girl who loves her dog, running and hanging out with her best friend, Celia. When Elizabeth's English teacher decides to rekindle the "Joy of Envelope," she finds herself writing letters to a new penpal, Christina, at a neighboring school. Though both are initially suspicious of the assignment, they quickly become confidants.

Many if not most writers of young adult fiction excel at capturing the harrowing, depressing aspects of adolescence. There are scores of books detailing the horrific effects of everything from abusive parents to eating disorders to cyberbullying, and even books dealing with relatively pleasant topics tend to focus on the sad parts, as though they’re more real, more important, than all else.

However, the overall tragedy of YA literature is exactly why Jaclyn Moriarty’s “Feeling Sorry for Celia” stands out, a beacon of light in the morbid darkness of teenage angst. Though it doesn’t shy away from the rougher parts of adolescence—low self-esteem, friends drifting away, tense familial relationships, grief—it also doesn’t shy away from the sheer absurdity of growing up. As a result, the book is seriously hilarious: the kind that makes you laugh embarrassingly loudly in public places and read late into the night. No, really. It is hysterical.

The novel, which is written through a series of letters, follows Elizabeth Clarry, an Australian girl who loves her dog, running and hanging out with her best friend, Celia. When Elizabeth’s English teacher decides to rekindle the “Joy of Envelope,” she finds herself writing letters to a new penpal, Christina, at a neighboring school. Though both are initially suspicious of the assignment, they quickly become confidants.

Still, “Feeling Sorry for Celia” isn’t your ordinary epistolary novel: in addition to cascades of refrigerator notes from her mother, Elizabeth receives notes from organizations such as the Association of Teenagers, the Cold Hard Truth Association and the Secret and Mysterious Association of All That is Secret and Mysterious. The notes, which bring messages from Elizabeth’s low self-esteem, conscience, innermost desires, etc., help carry the story in a way typically not possible in epistolary novels due to the lack of inner monologues.

In addition to being the single funniest YA book I’ve ever encountered, “Feeling Sorry for Celia” is extremely realistic. Moriarty just seems to understand relationships: her depiction of friendships, whether budding or withering, and familial and romantic connections are spot-on, and not at all melodramatic. The characters are very human, and for the most part very likeable, as they undergo the twists and turns of adolescence, romantic and otherwise. Elizabeth especially is profoundly enjoyable. She’s sarcastic, caring and usually tired; can’t bring herself to write essays; worries about Celia and her lack of sexual development; and is so relatable that it’s frightening at times.

Moriarty’s “Feeling Sorry for Celia” is original, incredibly entertaining, realistic and inspiring: everything you really need in YA. My highest recommendations go with this book: it’s worth the read. 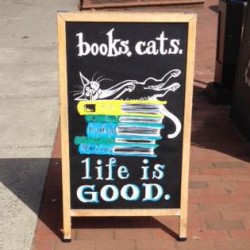 zljohnson
Hey there! I’m Zoe. As a not-yet-adult, I am very personally invested in fostering quality young adult books; I prefer fiction with realistic characters, which is pretty rare in YA. I like anything having to do with words, especially reading, writing and languages, and also really enjoy cupcakes, women’s soccer, theatre, laughing, dumb Internet quizzes and zodiac signs.

Latest posts by zljohnson (see all)

One response to “Review {Feeling Sorry for Celia by Jaclyn Moriarty}”