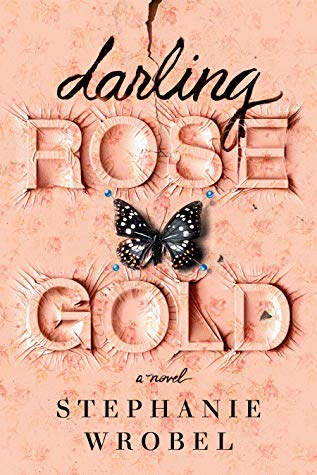 Sharp Objects meets My Lovely Wife in this tightly drawn debut that peels back the layers of the most complicated of mother-daughter relationships...
For the first eighteen years of her life, Rose Gold Watts believed she was seriously ill. She was allergic to everything, used a wheelchair and practically lived at the hospital. Neighbors did all they could, holding fundraisers and offering shoulders to cry on, but no matter how many doctors, tests, or surgeries, no one could figure out what was wrong with Rose Gold.
Turns out her mom, Patty Watts, was just a really good liar.
After serving five years in prison, Patty gets out with nowhere to go and begs her daughter to take her in. The entire community is shocked when Rose Gold says yes.
Patty insists all she wants is to reconcile their differences. She says she's forgiven Rose Gold for turning her in and testifying against her. But Rose Gold knows her mother. Patty Watts always settles a score.
Unfortunately for Patty, Rose Gold is no longer her weak little darling...
And she's waited such a long time for her mother to come home.

I try not to get too excited about books but I could not contain my excitement for Darling Rose Gold. Inspired by Dee Dee and Gypsy Rose Blanchard’s lives, this is a book that gets the reader into the minds of a mother and daughter. It’s an experience to say the least.

My nonprofessional thoughts are that his book is BANANAS: the characters, the scenarios, the trains of thought. I’m going to try to keep my review even keeled, but there might be bouts of shouting.

Mild spoilers appear in this review.

Darling Rose Gold lets you know what you’re in for on the first page. Each chapter is told in alternating points of view. We first meet Patty Watts, the mother, as she’s being let out of prison. She sees no fault in what she did: keeping her daughter sick and homebound, going so far as to cut her off from the rest of the world. Being in her head is an exercise in patience. Rose Gold has been learning to live on her own since her mother’s incarceration. Being in her head, it turns out, is also an exercise in patience.

Sometimes it feels like the book makes up scenarios along the way, mainly to set up the perceived victimization of its characters. The thing is, you have no idea what is true or not because neither Rose Gold nor Patty are reliable. Don’t get me wrong, a reliable narrator is strangely refreshing…but the ends don’t always justify the means. It seems like using unreliable narrators was just an excuse for sensational actions. When things don’t go their way, their thoughts immediately jump to violence.

They turn things inside out, rightside up, and declare it good every time. There are times when I actually did feel sympathetic towards either character, which says something. I think I was manipulated to feel sorry for them though. 🙂 This had the makings of a decent family drama, but it gets hard to believe anything when someone comes by in the next chapter and tells you, “Wait, that was a lie.” One unreliable narrator is good. Two makes my head spin.

The ending made me go, “WHAT?!” at the logic leaps required for it to be done. But you know what? Kudos to Darling Rose Gold for continuing its trip to the banana groves. If only it hadn’t been over the top.