Also by this author: Day 21

In the future, humans live in city-like spaceships orbiting far above Earth's toxic atmosphere. No one knows when, or even if, the long-abandoned planet will be habitable again. But faced with dwindling resources and a growing populace, government leaders know they must reclaim their homeland... before it's too late.Now, one hundred juvenile delinquents are being sent on a high-stakes mission to recolonize Earth. After a brutal crash landing, the teens arrive on a savagely beautiful planet they've only seen from space. Confronting the dangers of this rugged new world, they struggle to form a tentative community. But they're haunted by their past and uncertain about the future. To survive, they must learn to trust - and even love - again.

Okay and now for the truth…. The only reason that I chose this book is because I’ve been obsessed with the show based on the book that’s currently airing on The CW (that’s a mouthful) and when I saw the first two books on NetGalley, I couldn’t help myself.

This book follows one hundred juveniles as they make their journey back to Earth, to see if the conditions are livable as they try and start a society; thankfully it is only told through four POVs as opposed to one hundred. I actually LOVED the four different POVs because they all held a purpose and we, the readers, got a comprehensive view of everything that was going on. One, if not the most, brilliant thing that Kass Morgan did was have one of the four characters (listed below) sneak off of the drop ship and stay up in space which allows us to have a fuller picture; it was ingenious and without it we would be seriously lacking half of the story.

The four characters are:

Clarke: the perceptive nursing student who cares for the sick but is incredibly rash. She’s a passionate person but she only has two gears, love or hate, no in-between, and she can flip her switch faster than I can type “annoying”. Fittingly, I found this particular trait of her annoying; I wanted to shake some sense into her head.

Wells: the chancellor’s son who tried to take on the role of  leader down on Earth; he has good ideas and solid plans but he has a blind spot when it comes to a certain someone which hinders him in his leadership.

Glass: a girl from Phoenix (the rich sector) who will do anything for the people she cares about. I actually loved her character as the book developed; she has a beautifully heart-breaking story.

Bellamy: Sexy. Our resident bad boy with a twist, he is driven by only one thing and that is his sister, he will do anything and everything for her even if it means destroying everything else in his path. Fun fact: he and his sister, Octavia, are the only siblings currently in existence; birth is a privilege and approved families are only allowed one child but their mother broke the rules. He is easily my favorite character, I have a weakness for the bad guys with a back story; one of my biggest pet peeves is that some authors write characters so they fill a purpose, which all characters do, but they don’t give the character depth. I’m not saying there has to be a good reason for a person to be bad or evil, I just need to know their past and why they do the things they do; if I’m not given their story, they essentially become a non-character in my mind.

This leads nicely to my next topic: BACKSTORY!

I love nothing more than I love back story; I want to know what shaped these characters into who they are and this book gave me TONS of it. In fact, I would guess that roughly half of this book takes place in the past, recounting the events that led up to each character’s confinement. I loved every second of it. Being a psychology student, I need to know why people, real life and fictional, are the way that they are and I got to explore that through these flashbacks. It became addictive, I kept reading just to read the backstory because backstory has, and will always be, my addiction.

There was a lot of missed opportunities in this book. The science fiction aspects took a backseat in this book which is so weird, it’s literally about space but it never really came to the forefront of the story. Also, the exploration of Earth was wasted, it was mentioned some but it could have been such a cool aspect of the book. This book spent so much time in the past (which I loved) but that meant that it didn’t spend nearly as much time in the present as it needed to which made it feel like nothing was happening; the book didn’t span much time, considering the sequel is called Day 21, but the ball just never got rolling. I honestly wasn’t expecting for the book to end when it did because I didn’t feel satisfied or complete; it was like a small meal, it was nice but it didn’t fill me up. I also thought she dropped the ball when it came to the society building, there were one hundred juvenile criminals, CRIMINALS, put on Earth trying to build a home for themselves but we rarely talked about any sort of society building. Bummer.

Next up: the swoon. Honestly, it could have been better. There is kind of a love triangle but nothing much happened with it. That’s the theme of the book, nothing much happened. Also there seems to be a small case of “instalove”; two people kissed and then these two people, who are both rough around the edges, started talking about feelings. What! You suddenly have all of these deep feelings? Nope. Nope.

Overall, I really enjoyed this book because it satisfied my need for back story but if you read a lot of science fiction/ fantasy novels, I think you’ll be sorely disappointed.

I actually want to start reading some fantasy/science fiction books so if y’all have any suggestions, I would love to hear them and add them to my TBR pile; I do need to be eased into the world though, so nothing too crazy intense, please.

My final thoughts to leave y’all with: Bellamy is sexy. Have a great day. 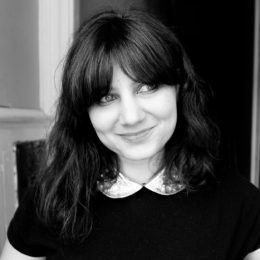 Kass Morgan studied literature at Brown and Oxford, and now resides in Brooklyn, where she lives in constant fear of her Ikea bookcase collapsing and burying her under a mound of science fiction and Victorian novels. Kass is currently working on the sequel to The 100, which she’ll finish as soon as she finds a coffee shop that allows laptops on the weekend. 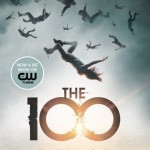