Harriet Manners is a model.

She used to be a geek, but now she has transformed into a creature of grace and sophistication. She is completely at one with the world of fashion.

In fact, Harriet feels even less popular and more awkward now than she did when she was just a geek. So when Yuka Ito invites her to go to Japan and be the face of her new label, Harriet seizes the chance to get away.

Harriet might have to bring along her crazy grandma Bunty, and she might run into Nick, the gorgeous costar who unceremoniously dumped her two months ago. But no one is going to ruin her fabulous Tokyo summer.

Unless she accidentally ruins it herself…

There’s rarely a book that can literally make you feel all the feels. As readers, we tend to say it a lot, but how often did we actually feel every single one of those feels? I know when I say it I mean that it made emotional. I probably cried, or laughed until I pissed my pants (not literally, guys). Apart from Harry Potter and maybe The Wolves of Mercy Falls, I don’ think I have meant that I truly felt every single emotion. Model Misfit is the first book to truly make me laugh, cry, swoon, die of embarrassment, clap my hands in delight and scream with anger. It was an emotional rollercoaster, and the whole time you felt entirely immersed in Harriet’s life. You were there with her, experiencing everything along with her… I honestly just never wanted it to end. And now, my family probably thinks I am crazy with all the laughing, swooning and crying I’ve done over this book, but it was so worth it.

Like I said, Model Misfit was one of those rare books that managed to create the most realistic characters imaginable. Our protagonist is this geeky girl named Harriet who has bee thrown head first into the fashion/modelling world. She doesn’t think she ‘fits in’ because doesn’t really care about clothes or make-up or brand names and doesn’t have the psychically flawless body like some of the other models, but this story is so much more than Harriet’s terribly awkward modelling experiences. This story is about Harriet trying to figure out who she is and where she fits in. This isn’t a story about Harriet accepting herself, but a story about everyone understanding what it means to love yourself and stay true to yourself. This story isn’t about defying stereotypes, but embracing yourself regardless, even if you fit perfectly into those molds.

That’s the truth about people with obsessively organised plans: we’re not trying to control everything in our lives. We’re trying to block out the things we can’t.

Harriet herself is just… *gestures wildly*. How do I explain? Harriet has a little bit of all of us (readers, nerd, geeks, misfits) in her. She is just one of the most realistic, lovable and complex protagonists I have ever had the joy of reading about. Nat, her best friend, was also one of the standout characters. She’s tough, strong, fearless and also one of the most supportive people. Her and Harriet’s friendship is probably one of my all-time favorite bookish relationships. As Toby says, they’re soul mates… without the kissing.

But what makes this book truly stand out? Characters are memorable, but they don’t always ‘make’ the book. The writing style does! Well, for me it does. And if there’s one thing Holly Smale is, it is a brilliant writer. Model Misfit was hilarious! I mean full-on laugh-out-loud, seal-clapping, tears-streaming-down-my-face funny. There was hardly a page that I wasn’t smiling, and I was honestly laughing out loud at least once a chapter. This book was written with my exact my sense of humour in mind. Harriet’s internal monologues were so much like mine, it was actually a little scary! And mixed with the constant barrage of random facts  – which is another annoying habit I have, just ask my family – it felt like reading my exact words down on the page. How can you not fall in love with a book when it hits so close to home?

On top of all that, Holly Smale didn’t shy away from any diversity with our love interest being a POC, half-Australia and half-Japanese, and this series has very strong Japanese connections… especially since its majority is set in Tokyo! There’s always something special added to a book when it has a fantastically exotic setting which the author portrays  accurately (well, it felt realistic at least). The exploration of friendship and family also gave this book some extra warm fuzzies. You can understand why this book truly hit the mark for me! I’d honestly recommend it in a heartbeat.

Overall, I didn’t not expect to love this as much as I did. I don’t think I’ve ever felt so many different emotions in one book, and have never laughed out loud as much as I did, not even for Skulduggery Pleasant. I cannot wait to pick up Picture Perfect.

Harriet Manners knows that the hottest observed place on earth is Furnace Creek in Death Valley. She knows that dolphins shed the top layer of their skin every two hours. And she knows just how badly auditions can go, especially when you’re a model. But she has no idea what to do when her arch-nemesis decides the school play is the perfect opportunity to humiliate her…

Geek Drama was a short, almost unnecessary, addition to the Geek Girl series. It followed Harriet and her best friend, Nat, as they auditioned for their school drama production of Hamlet. It was simple story without the massive story arc of the full-length sequels, but still stayed true to the sweet and funny tone of the series. The writing style was definitely more similar to Geek Girl than Model Misfit. It was a little ‘newer’ sounding, if that makes any sense at all! It somehow just lacked the brilliance of Model Misfit.

While I enjoyed the characters, I wished we got more of Lion Boy Nick. We haven’t really seen much of him since Geek Girl and I just adore his character. Even though Nat was more prevalent in this story than Model Misfit, I thought we needed to a little more of her. She brings out such a great side to Harriet and I missed that. Toby, however, much more tolerable in this story. I loved his shirts and the way he popped out of nowhere to save the day was just perfect.

Although this wasn’t quite as good as Model Misfit, this was still entirely enjoyable story and I am now  more eager than ever to get my hands on the next sequel, Picture Perfect.

Question of the Day: Do you like reading books with geeky/nerdy protagonists and what are some of your favourite books that have these sorts of MCs. 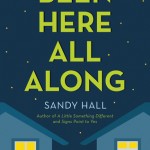 {Waiting on Wednesday} Dash & Lily Head Over Heels All Along