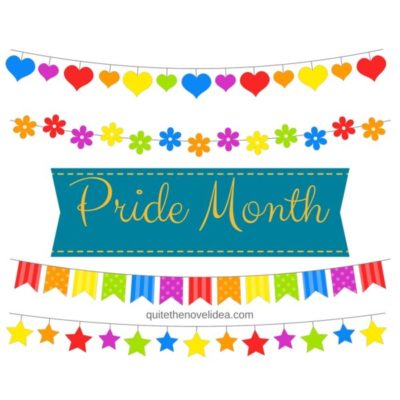 So last year I did a thing… I wrote my first and only fanfic ever. It’s not hard to guess for what book it is. Simon VS of course. I wrote it upon request of a few people because there wasn’t any fanfic of Simon VS yet and I volunteered and then I wrote this one. It’s already on Wattpad, but in the spirit of Pride Month, I thought I’d share it here on the blog too! But before that, you should go here to read a fantastic convo between Simon & his dad, in which they reveal the title of Becky’s next book & share an excerpt! GET TO IT. But first read my post. Okay? Thx.

*Please ignore any typos you might see. I wrote this quite fast and it’s probably horrible and doesn’t compare to Simon VS in the least. My original work is much better, I promise.*

*Also, SPOILER ALERT for those who have not read Simon VS yet, as the identity of Blue is stated in this fanfic. If that doesn’t bother you, do read on!*

“You know…” Bram starts to say. We’re lying on my bed like we always do. Me with my head on his chest and his arms around me.
“Yes,” I interrupt.
“How do you know what I was going to say? Maybe your answer is no.”
“I just assumed you were going to say that you wish you could stay like this forever. To which I would agree.”
Bram chuckles. “Well yes, that too. But I actually wanted to say that I’m hungry and that we should go downstairs to eat something.”
I sighed. “Yeah I kind of figured. I’ve been listening to your stomach rumbling for like half an hour. Guess that box of Oreo’s wasn’t enough, huh?” I pushed myself up and, after a bit more kissing, got off the bed.
“So you’ve been letting me suffer on purpose?” Bram asks, taking my hand.
I pull him up and grin. “No, I just love snuggling with you so much that I didn’t want to get up. But we were suffering together, if that helps.”
“You know, for a cynic, you sure know some sweet and romantic lines.” Bram laughs and runs downstairs, dragging me with him. We’ve been together for almost a year now and we feel very much at home in each other’s families.
“Where is everyone?” Bram says, grabbing pizzas out of the freezer.
I shrug. “Nora’s in her room, I guess. Mom and dad are… somewhere. I know they said where they were going yesterday but I forgot.” Smiling, I take sodas out of the fridge and hand him one.         “Big day next week. You coming over?” I ask casually. I didn’t need to actually ask, I knew he would come.
“Of course. Is it someone’s birthday?” Bram takes a sip of soda and put the oven on. Did he forget? Next weekend, Saturday to be exact, was our one year anniversary and I never would’ve thought that’d be something Bram could forget.
“Yeah…” I say, hesitating. “Something like that.”
I don’t mention it again for the rest of the evening and when he goes home, everything seems normal too. Should I tell him? Maybe not. I don’t want him to feel stupid for not remembering. Or embarrass myself for thinking he would.
The rest of the week gets weirder every day. Bram doesn’t mention the weekend again and pretty much acts like he always does. Every time I try bringing it up, he changes the subject. He barely texts, which is very unlike him. Even a year later, he’s still a quiet guy when we’re together. But when we’re not, we text constantly.

By the time Saturday arrived, I’m starting to get worried. Around three in the afternoon, mom sends me to the store to get dinner for me and Nora. She and dad are going out, just the two of them. I wanted to invite Bram over, but every time I tried, he changed the subject.
When I get home, dad’s car is gone and the house is dark. Confused I put my bike in the garage and go inside. There’s a note on the fridge. “Meet me in your room,” it says in familiar handwriting. Frowning, I put the food away and run upstairs.
I open the door, and my jaw just drops. My room is dark, the only light coming from a bunch of candles spread around the room. On the stereo Elliott Smith’s Waltz #2 is playing. And in the middle of it all stands Bram, looking cuter than ever. I take a step inside, still not quite knowing what to say.
“What… How… You… Huh?” I stare at him and he chuckles nervously.
“Nora is staying at Leah’s and your parents won’t be home until late,” he says quietly. “I’m sorry I’ve been distant this week. I wanted to surprise you.” He slowly walks towards me, closes the door, takes my hands and pulls me to the middle of the room.
“Well, that… worked. I’m surprised.” I stare him in the eyes. Those beautiful brown eyes I love so much.
“We can eat later, but for now… Do you want to dance with me?” he asks, blushing. I nod, still speechless and put my arms around his neck.
“I thought…”
“I know what you were thinking. But no. Never.” He puts his arms around my waist and pulls me closer. “I apologize for all the romantic stuff,” he says smiling.
“Well… I don’t mind romantic stuff when it’s you…” I whisper.
“I know.” Bram looks me in the eyes and kisses me. A year later and they still feel like that first kiss in his car. Still taking my breath away. He pulls away slowly and smiles.
“Happy anniversary, Jacques,” he whispers.
“Happy anniversary, Blue,” I whisper back and kiss him again.

And that’s it! Huzzah! Happy Pride Month! Did you like this? If not, don’t tell me. It would break my heart.

My Own Writerly Progress (Or Lack Thereoff…)

{Bee’s Writing Cloud} Bee Does The #Writerslife Tag Because Why Not?

4 responses to “{Pride Month} My SIMON VS Fanfic!”