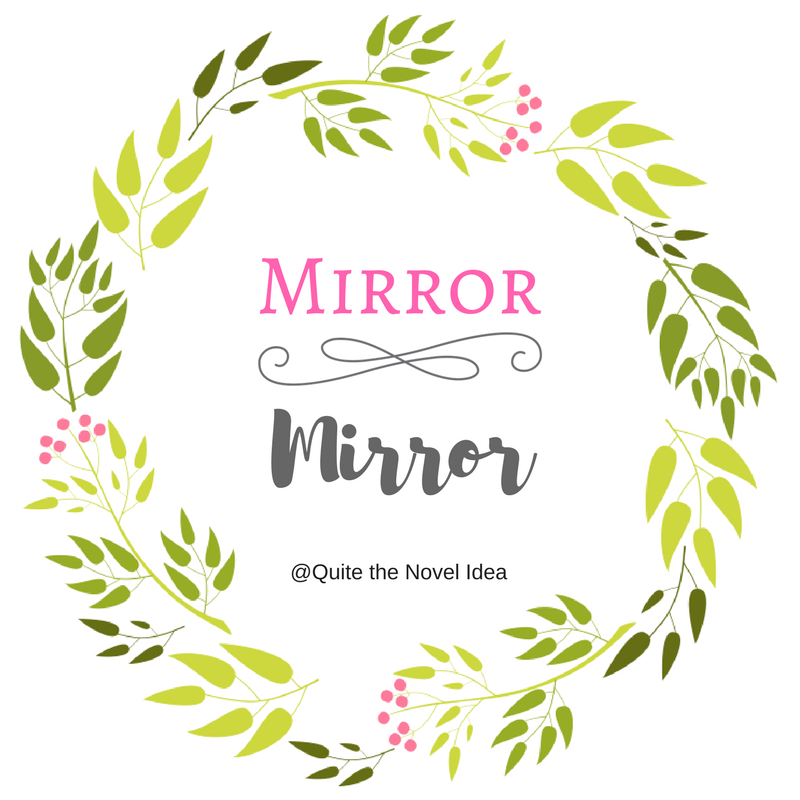 Mirror Mirror is our weekly recap that we invented because we wanted to talk about more than just which books we got that week.

New On My Shelves

I mean… It’s been three months so that’s too many books and I’m lazy so… Yeah… NEXT!

Oh boy. I’m not going to recap EVERYTHING that happened because that’s… too much. I did a few posts on my therapy treatment already so all I’ll say is that as of yesterday I’m officially fired from the hospital and done with the treatment. Huzzah! I guess. It’s still odd and I’m terrified of what’s to come… but I’m a bit stronger to take it on now than I was three months ago. So there’s that. I still have a long way to go but I have people around me that help a lot and I love them for it. <3

Outside of that… My life pretty much revolved around the treatment, but I did see my friends regularly and was careful not to hole up in my room all the time. I watched a few (a lot) of TV-series. Got a new tattoo (which is icky now because of scabs but I’ll post a picture once it’s healed more.) Went to the theatre a few times. I did NOT see It. Absolutely not and i never will because clowns and *screams and runs in terror*.

Is there something else? I don’t know… I’ll let you know next time. IN any case… I’m back in the blogging business and will probably be doing mostly discussion type posts because reading and reviewing is still hard for me. But yay, I’m back! Right? RIGHT?

So what’s new with you guys? Are you happy I’m still alive and back in business? Tell me all about it in the comments. (If not, don’t though…)

« {Liza Reviews} Song of the Current by Sarah Tolcser
#PuertoRicoStrong »

15 responses to “{Mirror Mirror} Bee is Back in Business!”