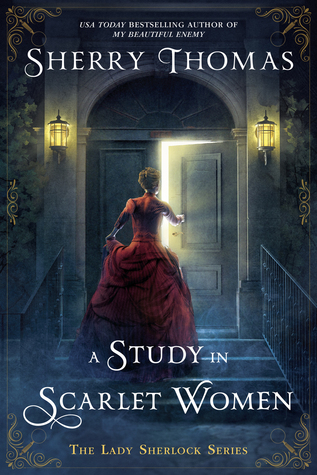 A Study in Scarlet Women

Also by this author: The Burning Sky, The Perilous Sea, A Conspiracy in Belgravia (Lady Sherlock, #2)

USA Today bestselling author Sherry Thomas turns the story of the renowned Sherlock Holmes upside down…   With her inquisitive mind, Charlotte Holmes has never felt comfortable with the demureness expected of the fairer sex in upper class society.  But even she never thought that she would become a social pariah, an outcast fending for herself on the mean streets of London.   When the city is struck by a trio of unexpected deaths and suspicion falls on her sister and her father, Charlotte is desperate to find the true culprits and clear the family name. She’ll have help from friends new and old—a kind-hearted widow, a police inspector, and a man who has long loved her. But in the end, it will be up to Charlotte, under the assumed name Sherlock Holmes, to challenge society’s expectations and match wits against an unseen mastermind.

If you’ve read this blog before, you probably know that I’m a BIG fan of Sherry Thomas’ Elemental series.  I simply adore it.  What you might now know is that I’m a big mystery fan too.  I’ve read all the Sherlock Holmes stories and a great many of Agatha Christie’s too.  You cannot imagine how excited I was to get to read A Study in Scarlet Women.  It did not disappoint at all!

“But Papa, why should I talk when I’ve nothing important to say?”

Miss Charlotte Holmes is the youngest of four sisters and she’s odd.  Charlotte reminds me of Dr. Sheldon Cooper from The Big Bang theory.  She’s SO smart that she doesn’t grasp the subtlety and importance of certain social norms.  She learns to dress, control her appetite, say the right things at the right time, but some things still hold no meaning or importance to her. She’s an avid reader, she loves to eat, she’s very aware that her brain works differently that most people, she’s also aware that the world is a nasty place for women and she wants to do more with her life than marry and have children.  She makes up the name “Sherlock” to help the police with certain cases while pretending to be a man.  HOWEVER, at the beginning of the story she makes a really stupid decision.  I know it made sense to her, but probably to no one else. How could someone so smart don’t foresee what was highly possible to happen?

“And what is your particular talent?”

“I’m not sure how to describe it. Or even if it is a talent, rather than a nuisance… Discernment, I suppose” Charlotte took a deep breath. “I can tell more about you, for instance, than you would want me to know.”

You might be asking yourself if there is any romance.  The answer is: maybe? I’m not sure?  I don’t want to give anything away, but there is a hint of what could be and might have been, but I have no idea how Thomas will pull this one off.  I’ve only ever read the Elemental series by her and I adore it.  One of the main reasons is the romance, so the lack of it in this book felt like something was missing.  Don’t get me wrong, I still enjoyed it immensely, the mystery itself was enough to keep me hanging to every word.

The plot is divided between the mystery that Sherlock is helping Inspector Treadles with and Charlotte finding her place in life outside of her parents house. The mystery is very intricate.  I could not tell who’d done it for nothing.  There is constant action and detective work and disguises, and Baker Street, and Watson… It’s like visiting with an all friend 🙂

Other characters worth mentioning are Mrs. Watson, Inspector Treadles, Lord Ingram, and Livia. Mrs. Watson is a widow and she takes Charlotte under her protection and becomes her partner in crime (so to speak), encouraging Charlotte to use her talents to help others – for a fee, of course.  Inspector Treadles works for Scotland Yard and is a young and smart inspector that has big ambitions.  He has requested Sherlock’s help through Lord Ingram for certain puzzling or unsolved cases.  Lord Ingram is Charlotte’s childhood friend and I feel like he really understands her so well. He made a catastrophic mistake on choosing a wife, but is willing to live with the consequences of his decision.  He does care a lot for Charlotte.  Livia is Charlotte’s sister and loves her dearly.  However, Livia is very unsure of herself and has very low self esteem and is not willing to stand up to her parents. I really liked all the characters, but some added more to the story than others.  I loathed Charlotte’s parents.

“What do you fear the most, Miss Holmes?”

“I…” Charlotte exhaled. She know what she feared, but she wasn’t accustomed to voicing it aloud.” “I fear always being beholden to someone else.  I want to be independent – and I want to earn that independence.  But I can no longer believe that fortunate state of affairs will ever come to pass, not with all the mistakes I’ve made.”

The story is told in a third POV, so we can participate in all the story and the mystery as it’s discovered. The ending was definite in respect to the mystery.  Sherlock’s life as a detective is just starting and she gets a new client right at the ending. I’m just now sure about the romance or lack thereof, then again Sherlock Holmes is not necessarily romance.

Overall, A Study in Scarlet Women is a great start to the series and a clear path to understanding how Charlotte’s mind works.  I’m very curious to read the next book and see where the story takes us next. 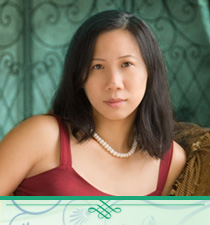 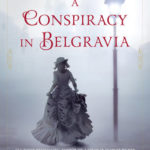 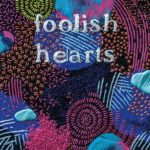 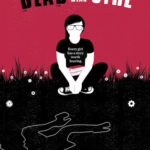