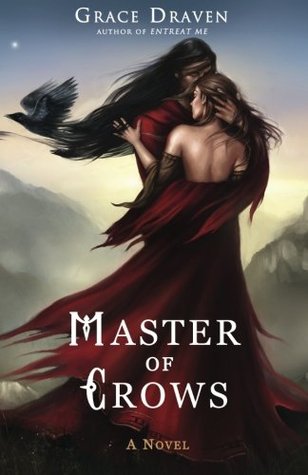 What would you do to win your freedom? This is the question that sets bondwoman, Martise of Asher, on a dangerous path. In exchange for her freedom, she bargains with her masters, the mage-priests of Conclave, to spy on the renegade sorcerer, Silhara of Neith. The priests want Martise to expose the sorcerer's treachery and turn him over to Conclave justice. A risky endeavor, but one she accepts without hesitation--until she falls in love with her intended target.

Silhara of Neith, Master of Crows, is a desperate man. The god called Corruption invades his mind, seducing him with promises of limitless power if he will help it gain dominion over the world. Silhara struggles against Corruption's influence and searches for ways to destroy the god. When Conclave sends Martise as an apprentice to help him, he knows she's a spy. Now he fights a war on two fronts--against the god who would possess him and the apprentice who would betray him.

Mage and spy search together for a ritual that will annihilate Corruption, but in doing so, they discover secrets about each other that may damn them both. Silhara must decide if his fate, and the fate of nations, is worth the soul of the woman he has come to love, and Martise must choose continued enslavement or freedom at the cost of a man's life. And love.

If you’ve read my blog before, you probably know that I’m a big fan of Grace Draven’s Radiance, so I was eager to read Master of Crows and I’ve had it in audio for a while now.  I absolutely loved it!

Now, keep in mind that Master of Crows is an adult fantasy.  I think I loved everything about this book.  The world building is outstanding.  This is a world where magic is known, respected and harnessed and regulated by the priests.  Among their ranks is Silhara, the Master of Crows, he has shunned the Conclave and chosen isolation rather than serve them.  He’s very powerful and thus a bit feared and left to his own devices.

However, Silhara is being haunted by the god Curruption and he has requested the Conclave’s help with an apprentice good in languages to find a way to defeat him.  Martise is trained as a magician and in many languages, but her magic has not awaken yet.  She’s sent as a spy to prove that Silhara is a traitor.  Instead she finds a formidable, strong man full of power, loneliness and not shortage of  cruelty.

“Once his hair was smooth and free of mats, Martise ran the comb through it for sheer pleasure. He had beautiful hair, straight and black and falling to his waist. It spread across a strong back and wide shoulders, dampening his shirt to a transparent thinness. She slid her hand under its weight and caressed his nape with light strokes of the comb. His shoulders slumped, and he lowered his head in mute invitation for her to continue. He breathed deep, relaxing under her touch.”

Martise is treated as a servant and Silhara tries to scare her off, but she has a powerful reason to remain.  She finds a lot more than she bargained for and she falls in love with the Master of Crows.  I adore how Martise grows as character, it’s so amazing to witness her getting her power, standing up for herself, being more sure of her knowledge and skills.

Silhara is often despicable, seldom noble, but he’s powerful and protective of those few he cares for.  He falls reluctantly in love with Martise, slowly, deeply.  This is an EPIC romance for sure.

“And will you love me for a day? A year? A lifetime?” She knew the answer but wanted to hear him say it in that beautiful, shattered voice.
“Beyond that,” he whispered, eyes shining with the tempest of emotion he’d held in check until now. “Beyond the reign of false gods and meddlesome priests. Beyond al Zafira when her bright stars fade.”

The writing is gorgeous together with the world building and secondary characters they create a story that is a true pleasure to read.

Gorgeous writing, amazing, unique world building, incredible, complex characters and a story to die for.  A must read for fantasy lovers 🙂

5 responses to “{Liza Reviews} Master of Crows by Grace Draven”