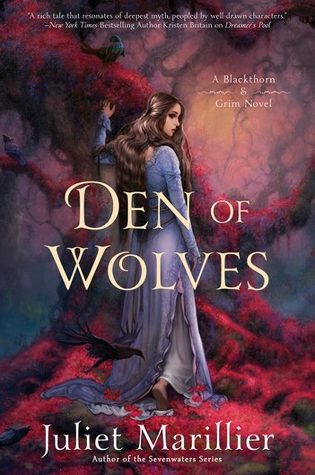 The “powerful and emotionally-charged” fantasy series from the author of the Sevenwaters novels continues, as Blackthorn and Grim face haunting secrets and old adversaries...
Feather bright and feather fine, None shall harm this child of mine...
Healer Blackthorn knows all too well the rules of her bond to the fey: seek no vengeance, help any who ask, do only good. But after the recent ordeal she and her companion, Grim, have suffered, she knows she cannot let go of her quest to bring justice to the man who ruined her life.
Despite her personal struggles, Blackthorn agrees to help the princess of Dalriada in taking care of a troubled young girl who has recently been brought to court, while Grim is sent to the girl’s home at Wolf Glen to aid her wealthy father with a strange task—repairing a broken-down house deep in the woods. It doesn’t take Grim long to realize that everything in Wolf Glen is not as it seems—the place is full of perilous secrets and deadly lies...
Back at Winterfalls, the evil touch of Blackthorn’s sworn enemy reopens old wounds and fuels her long-simmering passion for justice. With danger on two fronts, Blackthorn and Grim are faced with a heartbreaking choice—to stand once again by each other’s side or to fight their battles alone...

Den of Wolves is the third book in Juliet Marillier’s Blackthorn and Grim series and one of my most awaited released this year.  Oh my goodness! It is SO good 🙂

Since I failed terribly in reviewing the previous books let me just gave you a basic premise.  This series is very different of the books that I’ve read before.  It’s an epic adult fantasy at it’s best.  Blackthorn and Grim meet in a terrible prison where horrible atrocities are allowed to happen to the inmates, both the innocent and the guilty.  Blackthorn is saved by a fairy that after imposing certain conditions, allows her to escape and gives her a new reason to leave outside of the burning desire for vengeance.  Grim, at a loss of what to now now that he’s free, follows Blackthorn to make sure she’s safe.  They decide to travel together to keep each other company and keep each other safe.

Den of Wolves starts a few months after the ending of Tower of Thorns and starts with a new mystery in Wolf Glen.  Both Blackthorn and Grim are involved in it in different ways.  Blackthorn takes the shy Cara under her wing as a request of the princess and Grim accepts to help the seemly crazy Bardan to build a fairy house with magical qualities.  Our main characters get separated and feel the separation quite keenly. They don’t keep any secrets from each other and the are constantly in each other’s thoughts.

Blackthorn and Grim are both broken, complex and difficult to love characters.  However, as get get to know them thought the books, we can’t help but fall in love with them and which them the peace and acceptance of their new life.  The abuse, heartbreak, horror they’ve endure has make them into the people they currently are: straightforward, open minded about magic, distrustful, afraid of love, prickly, and good to the bone.

The mystery of what happened in Wolf Glen was awful, but I was able to guess most of what happened. I don’t want to spoil it for you, but I will say that that part of the story was very satisfying.  Mathuin, the Laois chieftan, makes an appearance here

I found the pace to be slower than previous books, and it has a lot of retrospection.  It also might have to do with the fact that Grim and Blackthorn were not together for most of the book.  Nonetheless, I enjoyed all the parallel stories, I was just impatient to get the ending 🙂  The ending was very satisfying and not open ended.  The writing is enthralling, interesting, and thought provoking.

The Blackthorn and Grim series is, without question, one of my favorite of all time.  Although the ending was quite perfect, I would be ecstatic if we could get a few more books in the series.  I believe there’s plenty of room for more strange, weird, fascinating stories involving these two beloved characters. 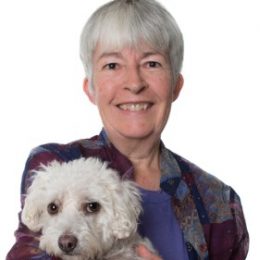 Juliet Marillier was born July 27, 1948 in Dunedin, New Zealand and grew up surrounded by Celtic music and stories. Her own Celtic-Gaelic roots inspired her to write her first series, the Sevenwaters Trilogy. Juliet was educated at the University of Otago, where she majored in music and languages, graduating BA and a B Mus (Hons). Her lifelong interest in history, folklore and mythology has had a major influence on her writing.

Juliet is the author of twenty historical fantasy novels for adults and young adults, as well as a book of short fiction. Juliet’s novels and short stories have won many awards.

Juliet lives in a 110 year old cottage in a riverside suburb of Perth, Western Australia. When not writing, she is active in animal rescue and has her own small pack of needy dogs. She also has four adult children and seven grandchildren. Juliet is a member of the druid order OBOD (the Order of Bards, Ovates and Druids.) 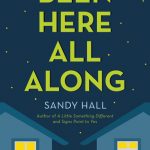 {Waiting on Wednesday} Been Here All Along ~ Den of Wolves