Hi my gorgeous readers!  I love this series and I can’t wait for you to love it too and for me to read The Savage Dawn, the conclusion of The Girl at Midnight series.  To see my review of the first two books, click HERE and HERE.  Anyway, stay tuned for the excerpt, enter the giveaway and visit the other stops of the tour 🙂 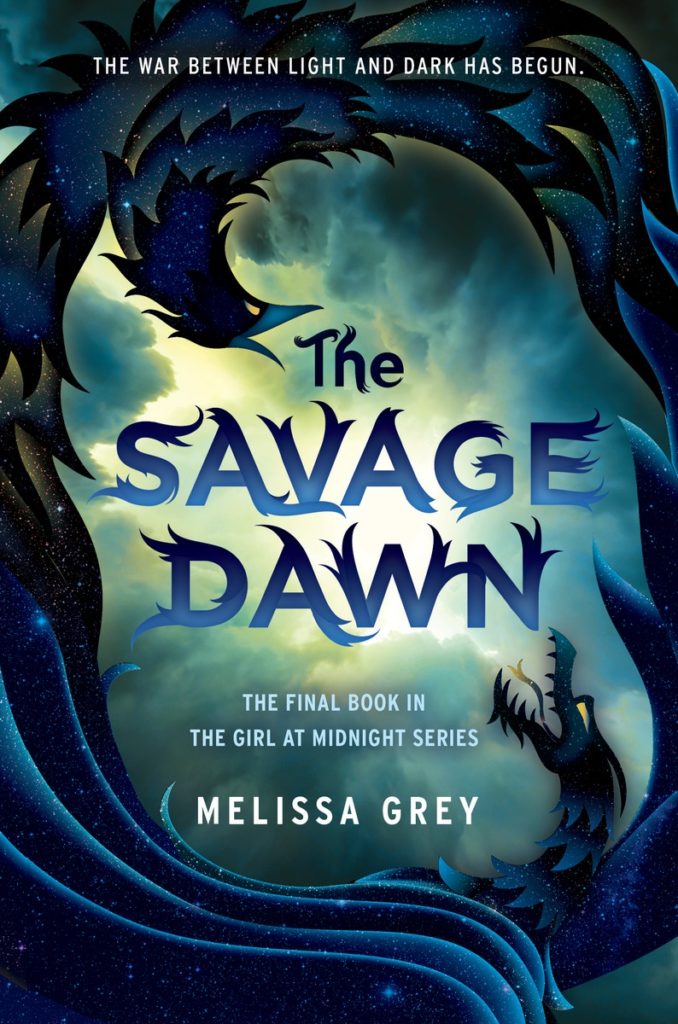 The sides have been chosen and the battle lines drawn.

Echo awakened the Firebird. Now she is the only one with the power to face the darkness she unwittingly unleashed . . . right into the waiting hands of Tanith, the new Dragon Prince. Tanith has one goal in mind: destroy her enemies, raze their lands, and reign supreme in a new era where the Drakharin are almighty and the Avicen are nothing but a memory.

The war that has been brewing for centuries is finally imminent. But the scales are tipped. Echo might hold the power to face the darkness within the Dragon Prince, but she has far to go to master its overwhelming force. And now she’s plagued by uncertainty. With Caius no longer by her side, she doesn’t know if she can do it alone. Is she strong enough to save her home and the people she loves?

Whether Echo is ready to face this evil is not the question. The war has begun, and there is no looking back. There are only two outcomes possible: triumph or death.

Praise for THE GIRL AT MIDNIGHT:

It had been so hungry for so long.

Hungry and cold, wandering the abyss, alone and unmoored. A solitary shadow lost in a dark sea.

No, It had not been hungry. Hungry was too gentle a word for what It had felt. It had been ravenous. There was a great, yawning chasm inside It that ached to be filled.

But there was nothing with which It could soothe Its hunger, slake Its thirst. There was just the nothing in which It was suspended. Trapped. Caged. It was the only thing that existed, adrift in all that nothing. It, and the bright shining Light of Its seal. The bars of Its cage glowed with a warmth upon which It wanted to burn Itself. But try as It might, It could not reach the light. The light remained, like an end to Its long torment, out of Its grasp.

Until one day, the Light went out.

It did not understand where the Light had gone, but It felt a release the moment the Light disappeared. Like air

rushing into a vacuum. The Light had departed and the Darkness inched forward, through the void, waiting to be burned. Waiting for the Light to reappear, casting It back into the solace of the shadows, but there was nothing.

Nothing. Except a door, left ajar in the Light’s wake.

It rushed through the opening left in the absence of the Light and broke free of the cage It had known for so long that It had forgotten there was anything else in the world.

It had forgotten what it felt like to be free, to be able to soar across the skies, as unstoppable as a storm. Like a wild beast It fed on the first thing It found, a village filled with life and love. It devoured that place, shrouding it in darkness, but the meal was a small one, which only served to whet Its appetite for more.

There were lights and sounds and people. The people It favored so. Their screams were delicious, coating the insides of Its empty belly, easing the growling ache that had taken up permanent residence there. It had been so empty, but now . . . now, It could feast. It gorged Itself on the things It found, yet still, It felt a tug.

The Light was not gone. Not truly. Not completely. The Light was there, somewhere, in the world—the great, wide world, with its sumptuous offerings and delectable woes— and It realized now what the Light had been. Not solely a cage—though it had been that—but a complement. A companion. They needed one another to exist. It had despised the Light. Hated it with every particle of Its being, and that hate had sustained It, but without the Light, there was no counterpoint to Its existence. No balance.

And so It sought out the Light. Sniffed out where its

presence was strongest. Through this world It floated, drawn to places where that other thing burned brightest. There, It planted Its seeds of sorrow, drank Its fill from the dead and dying. Another feast It had found, this one a familiar taste, so like the little beasts that had locked It away, all those eons ago. It took particular delight in the flavor of the suffering. The pain almost sated the hunger. Almost, but not quite. There was still something missing. Something vital.

But try as It might, It could not tether Itself to the world. It did not belong. It was other, like the Light. But the Light had found a place to call home. A port at which to anchor. It had nothing. Nothing but a vague sense of self-awareness. Of the things that were It and not It. It wandered the world, as lost as a frightened child, until It heard her calling Its name.

It had forgotten that It even had a name.

Her shout was the roar of a dragon, all fire and smoke and ash. It could smell the blood in which she bathed, and It shivered with anticipation. It fed on death and woe, and that was what she brought with her. Across the unfathomable distance of the void, It felt her cry, her longing, and It strained to find her, to reach for the feast she had prepared for It.

It answered her call with one of Its own: Who are you?

It sensed the moment she heard Its voice, cutting through the sound of the screams of those she betrayed. She paused, her sword dripping with the blood of sacrifice.

I am Tanith, she said. I am the Dragon Prince.

That was not the answer It craved. Names were meaningless in the abyss, and titles even more so. Darkness desired no label. It repeated Its query, delivering it with enough force to make her stumble, despite the distance that divided them.

She seemed to understand then. I am death, she said, her voice echoing across the distance. I am destruction. I am yours and you are mine. Come to me, kuçedra. Come to me and give me your strength.

Her want was so fierce. It knew, with stunning clarity, what she yearned for: power for herself, for her people, enough to remake the world in her image, to destroy every- thing that wasn’t what she wanted. The magnitude of her hunger matched Its own. Her desire was a beacon, and It followed that beacon to shore.

Kuçedra. That was Its name. It was a fine name, a name to be feared. It was this name she called out, allowing herself to find It, for It to find her. Perhaps there was power in names after all. 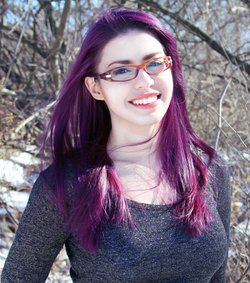 Melissa Grey was born and raised in New York City. She wrote her first short story at the age of twelve and hasn’t stopped writing since. After earning a degree in fine arts at Yale University, she traveled the world, then returned to New York City where she currently works as a freelance journalist. To learn more about Melissa, visit melissa-grey.com and follow @meligrey on Twitter.
Website  | Blog | Twitter  | Instagram | Pinterest |  Goodreads

3 winners will receive a hardcover of THE SAVAGE DAWN! US Only.

5 responses to “{Blog Tour, Excerpt, and Giveaway} The Savage Dawn by Melissa Grey”