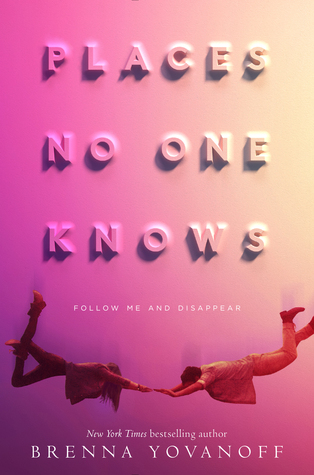 Places No One Knows

For fans of Lauren Oliver and E. Lockhart, here is a dreamy love story set in the dark halls of contemporary high school, from New York Times bestselling author Brenna Yovanoff.
Waverly Camdenmar spends her nights running until she can’t even think. Then the sun comes up, life goes on, and Waverly goes back to her perfectly hateful best friend, her perfectly dull classes, and the tiny, nagging suspicion that there’s more to life than student council and GPAs.
Marshall Holt is a loser. He drinks on school nights and gets stoned in the park. He is at risk of not graduating, he does not care, he is no one. He is not even close to being in Waverly’s world.
But then one night Waverly falls asleep and dreams herself into Marshall’s bedroom—and when the sun comes up, nothing in her life can ever be the same. In Waverly’s dreams, the rules have changed. But in her days, she’ll have to decide if it’s worth losing everything for a boy who barely exists.

Brenna Yovanoff’s books explore the darker parts of human nature with speculative twists and dashes of love. Dark stories are a favorite of mine. Love stories are also a favorite of mine. While her debut, The Replacement, had a beautiful eeriness, her latter books were so-so for me.  However, PLACES NO ONE KNOWS piqued my curiosity. Was this a dark love story? I shrugged off my previous misgivings and started this book with a clear head.

I am so happy I gave this a chance, because it hit all the right notes for me.

A lot of people are going to have problems with this book. Some readers are going to dislike the main characters. There is drug and alcohol use. There were times I was angry at some of the things Waverly and Marshall did, and even more infuriated by the actions of the people around them. I had issues with the way Waverly expressed her thoughts–I don’t know any teenagers, or anyone in general, who talks like she does. The plot is dark, but it’s more of a character study which I compare it to a still pond that is suddenly interrupted by a stone dropped at its center.

Waverly Camdenmar is popular. Marshall Holt is not. Her life is perfectly controlled, so much so she doesn’t sleep. His life is spinning out of control. She has friends who scheme and plot against each other. His only friend is his lifeline from a bad home life. Through her dreams, Waverly is able to somehow end up in Marshall’s life, which starts to break through her perfectly controlled world and jar his. At daylight, they can go back to being who they really are. Or can they?

At its heart, PLACES NO ONE KNOWS is a story about two people who find an understanding with each other. From the moment Waverly and Marshall have their first conversation after she shows up at a party he’s at, I was patient with my support. Their relationship is tentative (as it should be considering how it starts), and as the novel progresses, it becomes a very satisfying, moving romance. Their problems are not glossed over for the sake of their love story; in fact, this novel isn’t romanticizing personal or emotional problems, and I appreciated that. I was so moved by these two that they brought tears to my eyes.

This story and these characters will stay with me for a long time. If you are a fan of slow burning plots, imperfect characters, and a truly moving, beautiful love story, I recommend this one.

**I received an ARC of this novel from the Amazon Vine program in exchange for an honest review.** 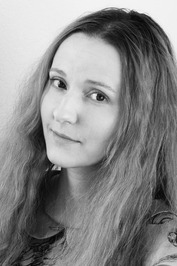 My young adult fantasy novels The Replacement, The Space Between,Paper Valentine, and Fiendish are available from Razorbill/Penguin Group.

Here are some things about me (not book-related):

I’m bad at dancing, making decisions, and inspiring confidence as an authority figure. I suspect this is because I am short, and also terrible at sounding as though I have any idea what I’m talking about.