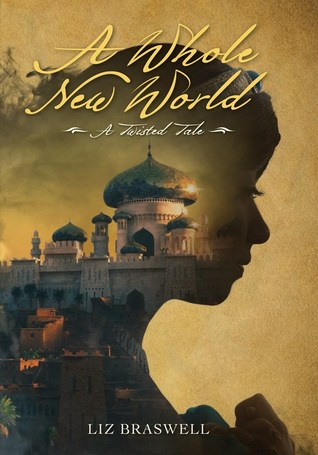 Welcome to a new YA series that reimagines classic Disney stories in surprising new ways. Each book asks the question: What if one key moment from a familiar Disney film was changed? This dark and daring version of Aladdin twists the original story with the question: What if Jafar was the first one to summon the Genie?
When Jafar steals the Genie’s lamp, he uses his first two wishes to become sultan and the most powerful sorcerer in the world. Agrabah lives in fear, waiting for his third and final wish.To stop the power-mad ruler, Aladdin and the deposed Princess Jasmine must unite the people of Agrabah in rebellion. But soon their fight for freedom threatens to tear the kingdom apart in a costly civil war.
What happens next? A Street Rat becomes a leader. A princess becomes a revolutionary. And readers will never look at the story of Aladdin in the same way again.

I love retellings, specially the ones about my favorite fairy tales like The Little Mermaid or Cinderella. My expectations were very high with A Whole New World, super excited with knowing what would’ve happened if Jafar had gotten the magic lamp instead of Aladdin.

The book starts normal like in the movie. We get to have a family background from Aladdin and how he lives his life after his mom died and his father never came back from “looking for his fortune.” I couldn’t stop smiling as I saw some of my favorite lines from the movie inside my head by reading the words in a whole new way. I even fought with Abu when he took the big Ruby from the Cave of Wonders that made the whole thing collapse, and then Jafar took the lamp. My excitement died slowly from there on.

The plot from there went on about how Jafar tried to win the love of the city as the new sultan and almighty powerful sorcerer, how the people were scared of him, and how Jasmine and Aladdin sided with the other Street Rats as rebels that were going to take back their city. The attempt at it was okay, but it felt very forced with how the characters were. Jafar was an interesting villain to watch and see how his motives were in the movie, but in the book it was like he tried too much to be evil, thirsty for power and hungry for the love of everyone. Why? I have no idea. It never got to that. He simply was like that and it wasn’t interesting enough for me to care.

The romance was… meh. I was glad it wasn’t centered on that and instead on how the people could be controlled when you exploit their needs, plus the rebellion. However, when the romance was present it felt so forced as well, not something natural. Like one moment they were okay with each other, attracted and all, and then the next they were shamelessly kissing or touching hands and whatnot.

Other than the romance and villain feeling forced, I absolutely loved seeing the backstory for Aladdin and Genie, since they were not presented in the original movie. The Genie’s story was particularly very sad and made me think more about how he is as a character, how he seems all happy and goofy and is tortured with what he is and how he is the last one like him. Other than that, the setting and descriptions of it were impressive. I could imagine to great detail the palace, the streets, the people, and everything effortlessly, giving it the vibe of the Agrabah we see in the movie but in our minds.

Overall, it wasn’t a bad book, simply not all that I expected. I didn’t like the ending because I wanted a happily ever after very Disney-style, but it felt realistic, even making me curious to know how our characters would go from there. As for the next book in the series, I read it will be about Sleeping Beauty. I want to read it, for sure, but with little expectations. Extreme Disney lovers, read this with caution. Anyone else, I think this could be an enjoyable read if you’re a curious one about all those what-if’s of stories. 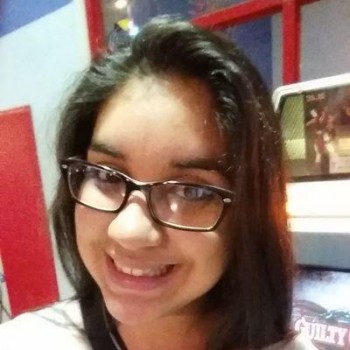 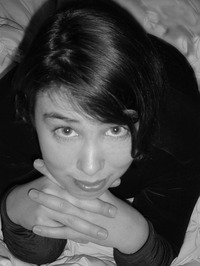 After the sort of introverted childhood you would expect from a writer, Liz earned a degree in Egyptology at Brown University and then promptly spent the next ten years producing video games. Finally she caved into fate and wrote Snow and Rx under the name Tracy Lynn, followed by The Nine Lives of Chloe King series under her real name, because by then the assassins hunting her were all dead. She also has short stories in Geektastic and Who Done It and a new series of reimagined fairy tales coming out, starting with A Whole New World—a retelling of Aladdin.
She lives in Brooklyn with a husband, two children, a cat, a part-time dog, three fish and five coffee trees she insists will start producing beans any day.