I had a blog tour stop planned for this day but since I never got my review copy, I couldn’t review the book in question and I don’t do promo posts so… Yeah. Instead, I’ll be sharing a few things with you guys! Nothing bad, I promise.

In the next few weeks things will be changing around here. For the better of course! In September I said I was working on something and yes I’m still busy with that. Or rather, Hazel is. That’s right! I’m working with Hazel (Stay Bookish) to give this blog a new look, made by a professional this time. I’m very excited and what I’ve seen so far is amazing! I won’t show anything yet because it has to be a surprise of course.

Next to that I’m working on two new features! The first one will replace my weekly Stacking The Shelves & Weekly Recap. It’ll be the same, basically but I wanted to give it a new, original name. That name is Mirror, Mirror. It’s a nod to the Disney classic Snow White & The Seven Dwarfs, of course.

The second one is something new entirely! As you guys know, I don’t just love books. I also love movies, manga and anime and I want to be able to talk about those things here! That’s why I made this new feature. In this one I’ll talk about a movie I saw and love, a manga I read, an anime I saw and want to talk about,… All those kinds of things. This feature will be called From Page to Screen, because well, obviously, I’m going from talking about books to talking about anime and movies which is literally going from page to screen. Yeah yeah, manga are books too, but it’s still different from what I always discuss here. I know it’s Istyria BOOK blog, but well if theoretically… anime are based on books (manga) and movies come from books too a lot of the time. (The ones I watch anyway) And every movie and anime and tv show starts with a script, which can also be seen as a sort of book. (Not really.)

I’m not sure if I’ll write real reviews for anime shows and movies I watch yet. I will be taking requests on this. For example if there is a certain movie or anime you would like me to watch and talk about, you can fill out a form (which will be on the feature page that’ll go live with the new design)! I hope you guys will like these features and the new look! I’m very excited and I’ll keep you guys posted!

Oh but, because I love you guys… Here’s a short hint at what you might expect from the design. Hazel described her idea for the header as “reading on a magic carpet”. (Which is obviously a nod to Disney’s Aladdin).

That’s all for now! Thanks for reading!

No Internet & In A (little) Slump
Happy Birthday To Me! My First Book Cover & New Feature! 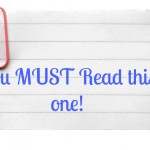 9 responses to “In which I announce new things & stuff”