Of course, the dress was white. This is what I'm supposed to die in, I thought. Not many people knew what their last outfit would be.

I pulled it over my head. It fit me perfectly. It had long, loose fitting sleeves, a modest neckline, and waves of material on the skirt. I hated it.

There were no shoes, and I was afraid I'd have to run through the forest barefoot but there weren't a lot of options. Besides, I'd run barefoot over a bed of nails to get away.

"Scarlett, are you ready?" he called.

I looked in the mirror and took a deep breath. Time to fight for my life.

Scarlett Garner doesn't remember anything before the age of four-until a car accident changes everything. She starts to remember pieces of a past that frighten her. A past her parents hid from her...and a secret that could get her killed.

As mentioned in the synopsis, Scarlett doesn’t remember anything before she was 4-years-old. It is all a blank in her mind and it’s as if it never existed. Suddenly, she starts having “nightmares” but they are really memories from that blank state she has. She starts opening up to Noah, a new student who has arrived at her school and she’s immediately drawn to him but Noah has secrets of his own that could be deadly for Scarlett.

The story had me intrigued for sure. I wanted to know the big mystery of it all but the characters were completely bland to me and it was a major struggle to like them. Nothing really stood out to me from them and there was no connection. I still pushed this aside and continued my journey with this book because I really wanted to know what would happen in the end. I was not expecting what came to be revealed and I must admit I was a tad scared since I read this in October (Halloween month) and I’m a huge scaredy cat. Everything was set for this story to be great except the characters. I think the author didn’t really captivated their stories or tried engaging us with them because there wasn’t much of them to really feel sympathy for. This is something huge considering Scarlett goes through a lot but I never felt anything for her. View Spoiler »“What are you not telling me?” I repeated. Dad closed his eyes and said, “Donald and Fiona are your biological parents.” The air left my lungs in a rush. “And the sacrifice was you.” Scarlett’s biological parents belong in a cult and they believe that Scarlett needs to be sacrificed in order for them to continue to the new life. « Hide Spoiler

There was a romance between Scarlett and Noah that I wasn’t completely sold on. It didn’t feel like they had any real spark whatsoever. Plus, it was insta-love and I am not a fan of that at all.

The ending turned out to be fairly good and I was enjoying  it a lot and then we get a cliff-hanger. Normally, I wouldn’t pick up the following book (if there is one since I haven’t heard news of it) but I really want to know what’s going to happen. I have hopes that the sequel will be better since we get thrown a bit of a twist at the end that I would like to explore. 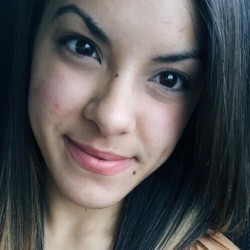 Genesis
Genesis is a 24-year-old Puerto Rican girl who moved in 2018 to Tennessee. She's obsessed with Instagram (@whisperingchapters | @genesissheli) and coffee shops. When she's not reading or on social media, she can be found eating, being with her husband and/or hanging out with friends.

Latest posts by Genesis (see all) 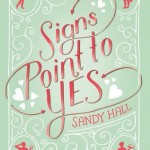 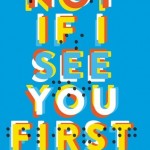 Jennifer Reviews {Not If I See You First by Eric Lindstrom} 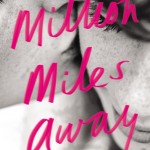 Marianne Reviews {A Million Miles Away by Lara Avery} 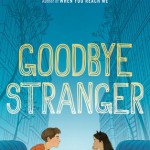 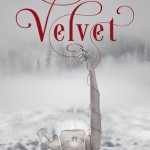 One response to “Genesis Reviews {Awake by Natasha Preston}”