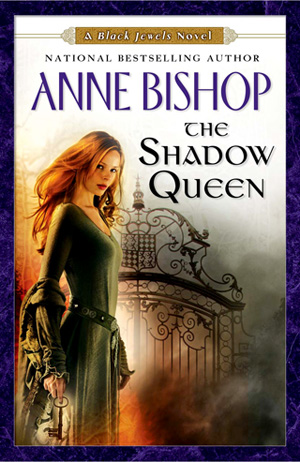 Also by this author: The Black Jewels Trilogy, The Invisible Ring, Shalador's Lady, Written in Red, Murder of Crows

Theran Grayhaven is the last of his line, desperate to restore the land of Dena Nehele. But first he needs to find a Queen who remembers the Blood's code of honor and lives by the Old Ways.

Languishing in the Shadow Realm, Lady Cassidy is a Queen without a court. But when she is chosen to rule Dena Nehele, she must convince bitter men to serve once again.

What can I say? I just love Anne Bishop’s Black Jewels world. But this one holds a special place in my heart because, this time it’s not really about the main characters from the trilogy but about Cassidy, a Rose-Jeweled Queen and how she becomes the new Queen of Dena Nehele.

Can I start by saying that I just love Cassie. She’s just so unlike any of the Queens we’ve met so far in this enchanting world. She’s a good solid and relatable character, she’s not perfect and she makes mistakes but I guess that’s what makes her so loveable. I love her a lot more than I liked Jaenelle. And then we also have Gray, a tortured Purple Dusk-Jeweled Warlord Prince, who slowly falls in love with Cassie. I don’t know what it is, but Gray is just so endearing and sweet and just soo male at the same time.

There are also other characters I like, like Ranon and Shira and Vae (the sceltie) and also Talon, Cassie’s demon-dead Master of the Guard.

I didn’t like Theran, despite the fact that he’s the Grayhaven heir, he’s just such a jerk to Cassie most of the time, because she’s isn’t pretty enough, or strong enough or dazzling enough in his opinion to be a good Queen which is utter bullshit of course, because Cassie is a good, solid Queen. He’s just nit-picking because he didn’t get what he wanted. He acts like a spoilt brat most of the time in my opinion, which just makes me dislike him even more.

Of course a Black Jewels novel, is a Black Jewels without the appearance of some of the main characters from the trilogy, which we got in this book in the form of little snippet in their daily lives and as they watch over Cassie, while she rules Dena Nehele. It’s sweet and funny how Saetan, Daemon and Lucivar interact with each other in this novel, I quite enjoyed those parts.

I also enjoyed the story, I especially loved how Cassie slowly but surely found the treasure that Lia and Thera hid all those centuries ago for the new Queen of Dena Nehele and the Grayhaven heir to rebuild the Territory. It was also such fun to read how Cassie found the puzzle pieces and how she feels conflicted at times at becoming the Queen of Dena Nehele, because Theran is mostly just standing in her way of making changes. It was nice to see how the males, who were so used to seeing the Pet Queens of Dorothea as enemies, to serving a Queen themselves and how they reacted to things Cassie said or did.

For all the reason above, I’m giving this novel a 4-star rating, because it definitely deseves it! 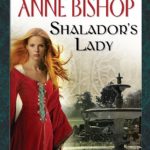 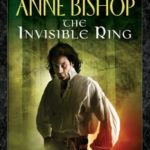 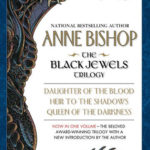