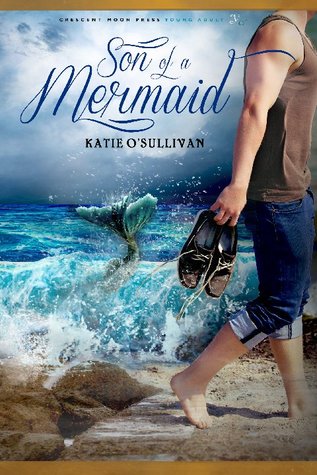 Son of a Mermaid

Also by this author: Blood of a Mermaid

Shea MacNamara's life just got complicated. After a freak tornado devastates his Oklahoma farm, the fifteen-year-old orphan is whisked away to Cape Cod.

Struggling to make sense of his new surroundings, he's trying hard to deal with feelings of abandonment... and the emotions stirred by a girl he meets along the shore.

Kae belongs to an undersea world hidden from drylanders. The daughter of royal servants, she knows the planned marriage of her Princess to the foreign King should put an end to the war between the clans.

But two things stand in the way of lasting peace: the ambitions of the foreign King's regent, and rumors of the Princess's bastard child. Sparks fly when she meets Shea, but could the cute drylander really be the Son of a Mermaid?

I have to be honest and tell you I’ve had this book for a few years now and never got around to reading it or its sequel. But this week I decided that Son of a Mermaid would be the first book I would review after joining the ladies at Quite the Novel Idea. Also I would like to make a note that I noticed that the author has replublished this book under a different name: Descent with another publisher. Unfortunately I only have this version of the book, so my review will be about the version I bought back in the day.

So here are a few of my thoughts about this book.

It was a fun, light read and it had this semi-Disney feel to it. The story is about a boy named Shea MacNamara who, after a tornado destroyed his dad’s farm and left his dad missing, has to live with the grandmother he never knew. Feeling a bit out of his element, he picks up a habit of picking up trash alongside the beach of Cape Cod, where his grandmother and now he too, lives. One day he meets this strange girl named Kae and they become quick friends. Kae, however, isn’t all she seems to be.

Because it was such a light read, Son of a Mermaid is very fast-paced and I (during my breaks at work) breezed through the book quite quickly. In addition it’s also a very predictable book, I was barely 20% in but I could guess exactly where the book was heading. It is by no means a difficult book, that has lots of feels. But it’s fun, adoring and still gives you that happy feeling at the ending, like you have when you read a fairy tale. Which brings me back to the semi-Disney feel, I  was talking about earlier. I sincerely believe this is a book that would make a perfect Disney movie. Simple because it was such a simple, fast-paced book. It’s light and fluffy and exactly the kind of thing I love about Disney movies.

About the characters, there isn’t very much to say. I believe that every character could have used more depth, especially Shea and Kae since they get the most “air time” in the book. That’s not to say, that I didn’t like them. But they all missed that little bit of extra that makes me feel for the character. That tiny bit of something that makes me love them and want to know more about them.

So yes, Son of a Mermaid has its flaws, but it’s still a nice story and fun to read. I think it would appeal to teenagers best of all. But really anyone who likes mermaids should give this book a chance. Who knows, you might like it even more than I did! 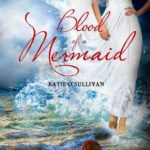 {Effie Reviews} Blood of a Mermaid by Katie O’Sullivan