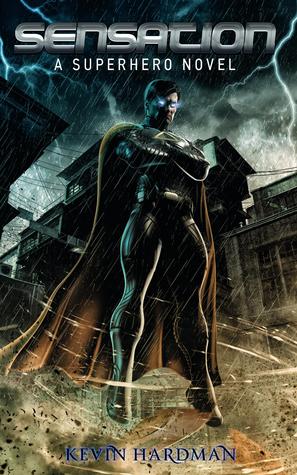 Also by this author: Sensation

Like millions of other kids, Jim grew up wanting to be a superhero. Unlike most of his contemporaries, however, Jim actually had the goods: a plethora of super powers that would have been the envy of any meta on the planet. But when his tryout with the Alpha League - the world's premiere group of supers - goes disastrously wrong, Jim basically becomes an outcast.

Two years later, Jim is still bitter about what happened to him. However, he soon finds himself the centerpiece in an odd turn of events that gives him a second chance at his dream. But nothing is as easy as it sounds, as Jim soon discovers. Among other things, he’s made an enemy of a prospective super teammate, he’s being stalked by an unknown pursuer, and a shadowy cabal bent on world domination has identified him as the only obstacle to their plans.

It’s a lot for one super to handle, even with a smorgasbord of abilities. But if saving the world were easy, everyone would do it…

Alright this will be a short review, because honestly I read it in less then 2 hours and don’t have much to say about it.

So first of all this book is actually just about Jim, who is a teen with super powers and he moonlights as a Super Bounty Hunter known as Mohawk, he’s also known under the name Kid Sensation. When he was fourteen he got into the trials of the Academy – a place where all super teens go to see if they’re cut out to become a superhero – but because one of his fellow super teens was an ass, he just didn’t get the chance to enter the Academy even though he was qualified.

Basically this story is just one big comic book in letter form. It’s nice and easy to read but nothing special, really. I enjoyed, I won’t lie, but I didn’t get those good-chill-goosebumps I get when I read a really, really good book. But I also have to admit that I love superheroes (I’m an Avengers fan in my free time, my guilty pleasure) so that part of the book appeased my inner-superhero-fangirl.

But of course it had its flaws as well. It was filled with a lot of clichés – a bit too much at times for my liking – and also I noticed a few spelling errors here and there that disturbed me in my reading. I also got confused in the middle of it because one chapter ended with Jim being accepted into the Academy and then – without warning – the next chapter could be considered just a huge flashback. I wouldn’t have minded that, if only the chapter began a bit more clearly, just to show that it was a flashback chapter, I actually had to read a few pages before I understood that the chapter was a flashback. So that part was quite confusing.

Other then that there’s not much I can say about this book. I liked it but didn’t love it. It’s the kind of book I would read when I’m lazy and not feeling like reading anything to complicated. So for these reasons I gave it 3 stars. 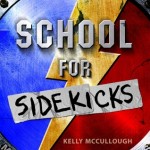