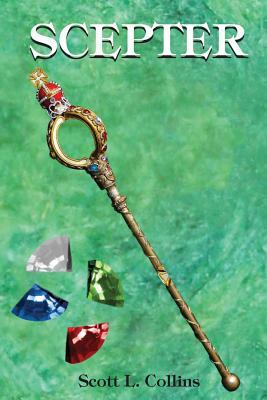 Daniel and Aidan have spent their lives apart from the rest of the kingdom of Castiglias and its subjects. For the last three years, they have been left with only each other for company since King Argyle's men came and took their parents to be slaves. The boys' survival has been dependent on the lessons learned from their parents, as well as their own unique powers.

When Argyle's men come to take Daniel, Aidan uses his little-known gift to fight off the gathering party. He does so with only two goals in mind: to save his older brother from a lifetime of serving Argyle, and then escape together. Fleeing the only home they have ever known, they must avoid Argyle's men, werewolves, and a fire-breathing dragon looking for an easy meal.

What begins as a fight to save one boy and then disappear unexpectedly turns into a battle against the evil forces of Argyle, a war that may affect the lives of not only the many children waiting to be taken, but the existence of the kingdom itself.

This was a really fun middle grade novel! I really enjoyed reading it. And I am sure that any middle grader will too.

The author created a pretty great world filled with various mythical creatures, like dragons, unicorns, faeries, goblins, just to name a few. The world was described in a really colourful and detailed way, that sucked you right in. I also loved the idea of Witch’s Breath, the disease that only effects children. But children who survive this disease usually get a gift of some sorts.

The gifts are really interesting too, like Aidan’s ability to communicate and change into different kinds of animals. Also the interaction between the different characters was fun to read. It was nice to see the sibling relationships between all the characters. Most especially that of Aidan and Daniel but also the two sisters Lilly and Olivia.

I also loved the humor that could be found in the book, especially the small moments between Lilly and Atreyu, who really needs a new brain-to-mouth filter. But it was funny. That and the trials and tribulations of Daniel, Aidan, Olivia and Lilly during the entire story were such a joy to read and kept me tightly locked into the story.

Also I had a very girly “aaaaawwhhh” moment when the group encounters a unicorn and afterwards a dragon. I loved that scene, I could read it over and over.

So keeping in mind that this book is intended for middle grade, I gave it four stars, because I completely believe that the readers of that age group will enjoy this fantasy book and get hooked on this series. So definitely worth reading!