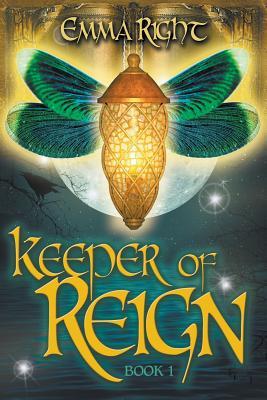 Sixteen year old Jules Blaze, heir of a Keeper, suspects his family hides a forgotten secret. It's bad enough that his people, the Elfies of Reign, triggered a curse which reduced the entire inhabitants to a mere inch centuries ago.

All because of one Keeper who failed his purpose. Even the King's Books, penned with the Majesty's own blood, did not help ward off this anathema.

Now, Gehzurolle, the evil lord, and his armies of Scorpents, seem bent on destroying Jules and his family. Why? Gehzurolle's agents hunt for Jules as he journeys into enemy land to find the truth.

Truth that could save him and his family, and possibly even reverse the age-long curse. Provided Jules doesn't get himself killed first.

I absolutely hate writing these kinds of reviews, but I just couldn’t give this book more then a 1 star. I’ll try to explain why.

First we have the world building. It wouldn’t have been so bad if the author had at least giving us more details stretched throughout the entire story, instead of the occassional info dump, that made me re-read it several times before I got all the details.

Second there were the characters. I just did not like Jules or his siblings at all. Jules reads like an empty shell, he has no character at all, he shows no signs of character development throughout the story either. And his siblings weren’t much better, it was really had at times to make a distinction between them, because they show very few unique character traits.

Third the plot. Now I don’t mind a fast-paced story, because I’ve read some that are extremely good. This was just not one of them. It was confusing and half the time I didn’t even know what the real purpose of the story was. To find their mother? To find a way to reverse the curse?

And last the author’s writing style. The dialogue flow came off as stiff, sometimes childish and even weird at times. I also noticed a few spelling and grammatical mistakes, and being a non-native speaker of the English language that is saying something, if even I noticed that.

It’s a shame really, because the author’s idea and concept for this book, IS a good one. I think the book still has potential, but it does need an editor for it to grow into that potential.