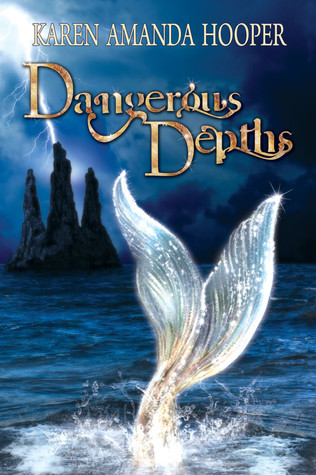 Also by this author: Tangled Tides

Hell hath no fury like a selkie separated from his true love.

The gate to the sea creature realm is finally open. Yara wants to bask in the glow of her budding relationship with Treygan and explore Medusa’s world, but as the new leader of Rathe her powers are needed to save a sea creature she’s never met.

Rownan assumes the worst is behind him when he returns home to be reunited with his wife, Vienna, only to discover she’s gone. She traveled to the evil realm of Harte to find another gateway to Earth and was never heard from again. Rownan claimed he would go through hell to be with her, and now he must prove it.

Rownan, Yara, and Treygan will put their lives and souls at risk by traveling to the most dangerous realm of all. Love is supposed to conquer all, but no one has ever conquered Harte.

Dangerous Depths is the amazing sequel to Tangled Tides and set off right after the ending of the first book. Now that she’s become part of the gorgon trinity,Yara has fulfilled her part but now she tries to get the hang of all her new powers and sea creatures attributes, as well as trying to discover her new home, Rathe. But of course her moment of peace doesn’t last for long, when she finds out that Rownan plans to travel to Harte to find his wife Vienna, who went there in the hope of finding another doorway to Earth, and hasn’t been seen since. Now Yara, Treygan and Rownan are off to Harte to bring Vienna back, but will they succeed?

Needless to say this book left me breathless. I never expected it to be this amazing! And okay I have to admit that I cried at the ending. So what? It was a sad ending, damnit! And I don’t know how Hooper does it but her creation of Harte was A-MA-ZING! It’s such a neat and dark and cruel world and brrrr I still get the chills when I think about it. Whenever it’s described it feels like I’m there with the characters walking, swimming, climbing through that place trying to escape its viciousness. Magnificent! God, I can’t say anymore, in fear of spoiling it for everyone even though I dying to blab on and on about it, I’m resisting the urge to do so.

Unto the characters then, because that’s a lot safer at this point. Despite, her being a bit ‘meh’ in some parts of the book, I think that Yara is still a great character and I loved that she actually grew a bit throughout the story

As for Treygan, I’m a bit disappointed because there wasn’t a POV for him in this book. I hope that will change in the third book, but overal he played a very big part in the book and I adored the fact that he became a lot more open with Yara and the people around him. He shows a lot more emotions and I thought that was great.

Now Rownan, in Tangled Tides I had mixed feelings about him, but no longer! I love him! Seriously I do, despite the fact that he lied, cheated and did all sorts of bad things he did it all in the name of love. He did it all for his Vienna. And c’mon who wouldn’t love a man who was that dedicated to his wife and who’s love never wavered even for a moment for 18 freaking years! It’s admirable, and that’s why I went from ‘mixed feelings’ to ‘completely in love with this character’.

Another character that I just adore right now is Nixie. And DAMN KAREN HOW COULD YOU DO THAT TO HER???? … Ahem sorry lost my cool, for the ones who read the book, you know what I’m talking about. Anyway I just love Nixie, she’s the most awesome Siren I’ve ever met and despite her Siren nature, she’s so kind and emotional and so dedicated in everything she does. And she’s such an amazing Siren for Yara!

I think those are the characters that left the most impression on me in this book, Oh and so did the sprites. They’re so cuuuuuuuuuuuuuuuuute! I love them. I wish they were real so I could keep one. So adorable!

My conclusion for this book? FANTASTIC!!!! And I can’t believe I have to wait until November 20-freaking-14 until it’s released, but I just know it’s gonna be worth the wait. And to everyone who loves stories about mythical creatures with a dash of mythology: READ THIS DAMN BOOK ALREADY!!! 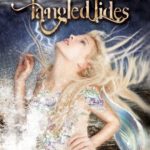 « Reflections of a Book Blogger
On Brake for the Holidays »