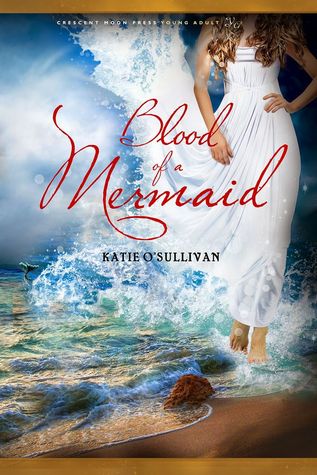 Blood of a Mermaid

Also by this author: Son of a Mermaid

When Shea MacNamara fell into the ocean for the first time, he found he could breathe underwater. The son of a mermaid, the sea is in his blood. Literally. The best part of Shea’s new life? His girlfriend Kae, who also happens to be a beautiful mermaid.

But darkness lurks under the sea. When evil mermen kidnap Kae, the king reminds Shea that having royal blood means making tough choices.

An Arctic dungeon, a fiery plane crash, the legendary halls of Atlantis…and narwhals?

Having mermaid blood just got a lot more complicated.

So I finished Blood of a Mermaid and I should mention that this version of the book, is an old one. The author has since replublished the book under a new name: Defiance and with a new Publisher. But my review will about the version I own.

That being said, I’m kind of meh about Blood of a Mermaid. The first book Son of a Mermaid was amusing and gave me semi-Disney vibes while reading. Its sequel, in my honest opinion, was a bit more boring and had me rolling my eyes a lot more than I wanted to.

I don’t know if it was just the story’s incredible fast pace (even more so than Son of a Mermaid and that’s saying something) but also the new existence of the dreaded “love triangle”, it might not be as in-your-face as in most books that contain a love triangle. But it still put me off. Let’s not even begin to start with the fact that everything seemed to move like the Devil was behind them.

I mean, it is a relatively short book with only about 243 pages, but still… is it so bad to at least build up some tension? I’m not saying the story is bad, because I liked the first one. But, it seemed like the author tried to cram in as much action and discord into those 243 pages, leaving out much desired character development and world-building for the mermaid’s society.

The characters weren’t much better. I expected at least some growth for Shea and Kae. But nope, that didn’t happen. Also seriously, Zan? He needs a therapist, a good one. I mean c’mon … he reminded me so much of Edward Cullen for a few moments when he meets Kae for the first time, that I felt like banging my head against the wall.

Seriously no… just no.

Also that “big Gramma reveal”? Yeah, that wasn’t much of a surprise, I’ve had my suspicions since the first book and they got confirmed pretty quick too. And what’s up with that Magistrate from Atlantis? Not to mention Atlantis itself, I was excited to read we would get to see it, but that all fell flat when Shea actually reached it. But I digress…

Blood of a Mermaid was a bit disappointing. I’m not gonna lie. Admittedly, I did have some expectations going into the book and they just weren’t met at all. 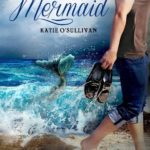 {Effie Reviews} Son of a Mermaid by Katie O’Sullivan