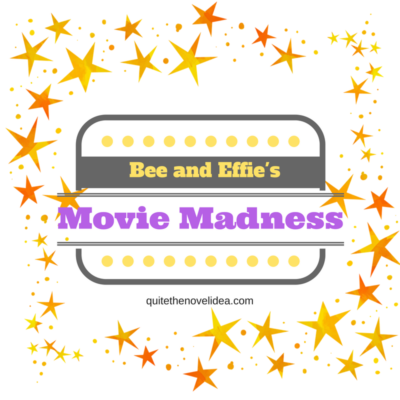 It’s time for another Movie Madness! This time Bee & Effie went to see Power Rangers. Yes, we’re nerds. But you knew that already. Both of us know the Power Rangers from our childhood and of course we had to go see this new version. I mean… obviously. So here we go! IT’S MORPHIN’ TIME! 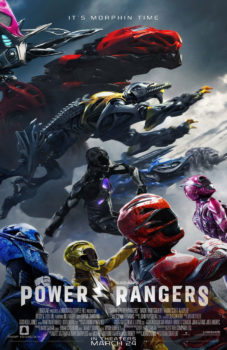 Power Rangers follows five ordinary high school kids who must become something extraordinary when they learn that their small town of Angel Grove – and the world – is on the verge of being obliterated by an alien threat. Chosen by destiny, our heroes quickly discover that they are the only ones who can save the planet. But to do so they will have to overcome their real-life issues and band together as the Power Rangers before it is too late.

Effie: THIS WAS AWESOME!!!

Bee: Power Rangers has always been this thing from my past that I used to watch because my brothers loved it. And in time I grew to love it too. I’ve never been a super fan of it though. Not like some other people. But I loved it enough to be curious about this new incarnation of the Power Rangers so I wanted to see it. Because nostalgia and nerdiness is my life these days. And what did I think about it? Well… It was FUN. And really, I didn’t expect much more to be honest. It’s Power Rangers. It’s kinda silly and goofy and fun. That’s all I wanted and that’s what I got. FUN. And sometimes that’s all you need.

Effie: While I’m not a SUPER fan. I was a fan once upon a time of the original Mighty Morphin’ Power Rangers. Everything after that I didn’t care much for. I fell with the original cast that played Jason, Kimberly, Billy, Zack and Trini. (I also enjoyed the season where Jason, Zack, Kimberly and Trini got replaced with Rocky, Adam, Kat and Aisha, just FYI). So to see this remake of my old favourite TV show, it made me feel so nostalgic and happy. All those good memories I had surfaced and I was a kid again. I can’t explain it any better. The movie is still as funny and goofy as it was back in the day and that’s pretty much all I expected from the remake.

Bee: Definitely. I had so much fun. Yes, it had faults. But no, they didn’t matter to me. I just wanted a fun time and I got it. I’m definitely interested in a sequel if they’re making one. Also, it was at times surprisingly feelsy. I did not expect that but it was a nice surprise.

Effie: I DID NOT CARE FOR THE FAULTS!!! Power Rangers is all about faults, I mean c’mon the Original series had so many flaws but we all still loved them. We all still snuck out of the classroom earlier, squeezed our way into an ealier bus home, just to be one time to watch the latest episode …. or that was just me. And with that ending, I’m almost 85% sure there’s gonna be a sequel because TOMMY!!!!!

Bee: It was definitely fun and I recommend it for fans of the original show! Or anyone looking for a fun nerdy time at the movies.

Effie: For those of you who loved the original TV show, I’d definitely tell you to go see this one. To everyone else, I still say go see it because really there’s nothing better than geeking out at the movies and having a good ol’ time.

Now it’s up to you guys! Do you want to see this movie? Or did you see it already? Did you grow up with the Power Rangers or not? Tell us all about it in the comments!

{Mirror Mirror} Movies, New Book Idea’s & All The Love for Yuri!! On Ice