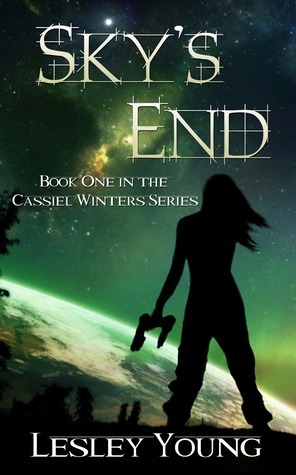 A secret that two warring species are determined to control.

A universe's future at stake.

Twenty-year-old Cassiel Winters joins Earth's new space academy in hopes of finding her brother, one of Command's top pilots and her only family, who's been reported MIA. But she quickly realizes she may not be cut out for life in space, where female cadets are outnumbered, competition's fierce, and she's already failed her hand-to-hand combat test once.

Even the station's most respected officer, Lt. Damian King, probably can't help Cassiel pass the second time around-so why is he so interested in her progress? If only one of her freaky deja vu visions would offer an answer instead of mysterious messages like hide.

When Cassiel's manipulated into a perilous mission, she encounters a warrior species bred to protect the universe from an even greater threat. And she learns that her secret visions are at the heart of it all.

Now Cassiel must fight to control her own destiny and race to save her brother-even if it means pretending to be the pawn of Prime Or'ic, the cold-as-steel Thell'eon leader. Even if it means risking her life, facing hard truths, and making the ultimate sacrifice.

Seeing as how I did not even finish this book, this won’t be a long review. Let me start by saying that I actually like reading Sci-Fi very much. But this book was just not my cup of tea.

Not only did the story not move me or fascinate me in any way, like other sci-fi books usually do. It felt more like I was reading the ramblings of a hormonal crazy, sex-obsesssed teenage girl who annoyed me to no end, despite the fact that the main character is 21-years-old.

I have never before disliked a main character as much I disliked Cassiel. Nor did I like King or any of the other males characters that floated around constantly. They just all feel so empty and brainless to me. Sometimes Cassiel even comes over as a Mary Sue. Also I wasn’t all that impressed with Cassiel’s “deja vu” ability and the fact that she just seems to get the “hots” for every male that comes her way.

Therefore, as much as I hate doing this, I didn’t finish it.