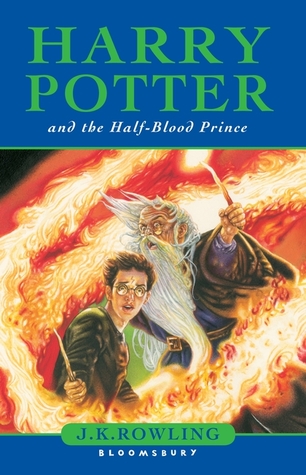 Harry Potter and the Half-Blood Prince

The war against Voldemort is not going well; even Muggle governments are noticing. Ron scans the obituary pages of the Daily Prophet, looking for familiar names. Dumbledore is absent from Hogwarts for long stretches of time, and the Order of the Phoenix has already suffered losses.

As in all wars, life goes on. Sixth-year students learn to Apparate -- and lose a few eyebrows in the process. The Weasley twins expand their business. Teenagers flirt and fight and fall in love. Classes are never straightforward, though Harry receives some extraordinary help from the mysterious Half-Blood Prince.

So it's the home front that takes center stage in the multilayered sixth installment of the story of Harry Potter. Here at Hogwarts, Harry will search for the full and complex story of the boy who became Lord Voldemort -- and thereby find what may be his

Okay, so the 6th book in the HP series was actually a fun read when it first came out and it still is today. I don’t get why some people think it’s a bit boring, because not much happens until the last 20% of the book.

To be honest, I loved the break in death and destruction and Harry getting into constant rows with Voldemort. Although his obsession with Malfoy (eventhough he was right) could get quite annoying. But all those memories about Voldemort’s childhood and teenage years, plus the hunt for the Hocruxes with Dumbledore are just awesome!!

And add to that, the fact that Ron has a relationship with Lavender Brown for a while and Hermoine also finally realizing she’s in love with Ron. And then of course Harry realizing he’s in love with Ginny and then their first kiss together, sooooooo adorable and cute!!!

And then of course the ending with Dumbledore dying, I swear I still get tears in my eyes whenever he meets his end (by his own choice) at Snape’s hand. And god at the time I wanted to kill Snape for killing Dumbledore, but now I don’t because I know why he did it and all that, but still it’s such a heartbreaking scene.

So because of all this, HP HBP is still one of the best books in the series, in my personal opinion anyway. 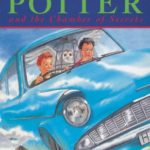