Hi there gorgeous people!  Today I have a treat, the beautiful cover of Holly Schindler’s upcoming book Spark.  I mean, take a  look: 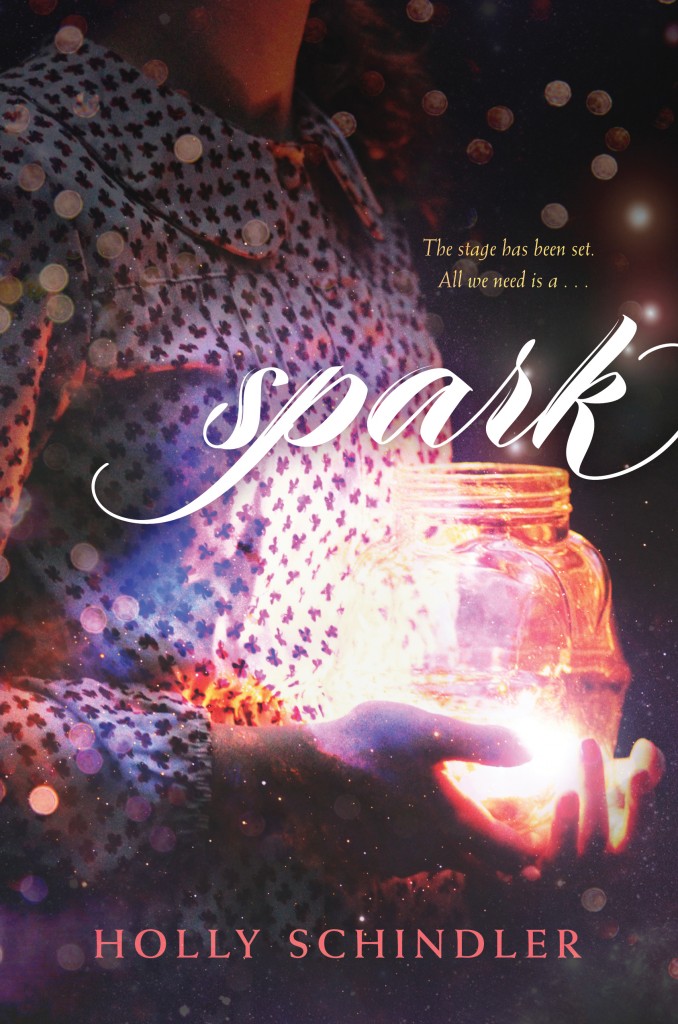 Didn’t I tell you it was beautiful?

When the right hearts come to the Avery Theater—at the right time—the magic will return. The Avery will come back from the dead.

Or so Quin’s great-grandmother predicted many years ago on Verona, Missouri’s most tragic night, when Nick and Emma, two star-crossed teenage lovers, died on the stage. It was the night that the Avery’s marquee lights went out forever.

It sounds like urban legend, but one that high school senior Quin is now starting to believe, especially when her best friend, Cass, and their classmate Dylan step onto the stage and sparks fly. It seems that magic can still unfold at the old Avery Theater and a happier ending can still be had—one that will align the stars and revive not only the decrepit theater, but also the decaying town. However, it hinges on one thing—that Quin gets the story right this time around.

Holly Schindler brings the magic of the theater to life in this tale of family ties, fate, love, and one girl’s quest to rewrite history.

“In my hometown, the restoration of a former movie theater on the town square provided the genesis for my new YA novel, SPARK. Who among us hasn’t dreamed of seeing their name in blazing neon across a gigantic marquee? Let me invite you to dim the lights and draw back the velvet curtains—let your imagination run wild as you enter my fictional Avery Theater, where literally anything goes…” 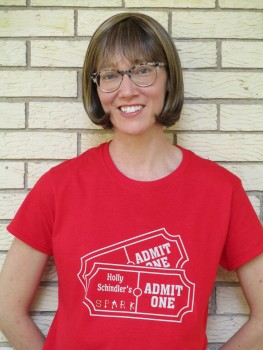 Holly Schindler is the author of three previous YA novels: PLAYING HURT as well as the critically acclaimed FERAL (starred PW review) and A BLUE SO DARK (starred Booklist review, ForeWord Book of the Year silver medal, IPPY gold medal). A writer of books for all ages, Schindler’s MG, THE JUNCTION OF SUNSHINE AND LUCKY, has made the master list for children’s book awards in Illinois, South Carolina, and Alabama. She is also a hybrid author, having independently released comedic women’s fiction (FIFTH AVENUE FIDOS) and the forthcoming PLAY IT AGAIN, her adult follow-up to her YA PLAYING HURT. She can be reached through her author site: hollyschindler.com, and hosts special sneak peeks and giveaways for subscribers of her newsletter: tinyletter.com/hollyschindler.com.