Hello! I’m helping out with the cover reveal for the first two books in Dara’s new trilogy, the Kat Scratched Trilogy. I was also a beta reader for these two books, hence the separate posts. So check out the cover and my review! And the other post of course!

It’s tough being a cat in a dog eat dog world. Something that Katrina Walker learned the hard way being a were-cat raised by a pack of werewolves. And after her taboo love affair with the future Alpha is discovered, Kat has no choice but to leave the only home and man she’s ever loved behind for good. Or so she thought…

Seven years later Kat is forced to return to pack lands and the man she left behind. But Jason Benson has changed, and so has she. Will she find her way back into the arms of her first love, or will James, the mysterious were-cat wriggle his way into her heart?

Seriously Dara, you never disappoint me. Every book of you I read, is awesome. That’s the reason I agreed to beta this new series for you. I knew it would be great and I knew I would love it. That’s why I said I would make room in my schedule for you anytime. Because you are an amazingly talented writer and I love you!

So this story is about Kat, a were-leopard (really, those exist? Never heard of it before, but it’s cool!) who grew up with a pack of werewolves. She has a secret relationship with the soon-to-be Alpha male of the pack, Jason. And he’s the reason she has to leave. Because he can’t claim her as his. Because of who she is, she can’t be Alpha female. So she leaves everything behind.
Seven years go by and she’s build a new life with a normal human called Marc. But it doesn’t last long. She meets other were-leopards and soon she finds herself in a whole lot of trouble. So she has to go back to her pack, because that’s the only place she can be safe. That also means she has to see Jason again. And of course, trouble follows her as does passion, lust, love and more trouble.

As I said already, the writing is great and I didn’t expect less from Dara. I know she’s very talented. She just has a way of making everything become more realistic. Not many authors can do that. Especially in this genre. I mean, paranormal romance with very specific erotic scenes? It’s kind of hard to make it realistic. Especially when it’s about were-leopards and werewolves. I loved the story too. It’s original and really, really hot! And the romance is good too. Although I’m a bit split about which one I like the most. So you have Kat and Jason to begin with. They have a history and I get that. They grew up together and fell in love, so it’s certainly the most believable. And it’s not insta-love. And Kat does love him a lot, that is until James comes in her life. But first Marc. He is a human and they were together when she wasn’t with the pack. He disappeared and I don’t know what happened to him, but I hope I’ll find out in the next book. She forgets him kind of quickly. And yes, James. They are the same in many ways and it’s only normal they’re attracted to each other and all that. But still… Kat was kind of quick with moving on from Jason and Marc and falling for James.

I liked Kat, she’s a cool character, but I did find her a bit annoying. You know, she’s a real cat in heat and she jumps from one guy to the next (not literally) fairly quick and that annoyed me. She loved Jason first then she left. She loved Marc and ran back to the pack for her safety right into the arms of Jason once again and then stuff happens and there’s James. So. But I liked her, she’s got spunk and she’s pretty stubborn, so that’s cool. And I liked James too. Didn’t see Marc that much, so I don’t know about him yet. But Jason… I liked him, but I didn’t get to know how that good. So I hope I get to know him better in the next book. And all the other characters are cool too. 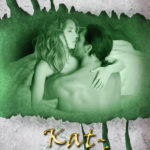 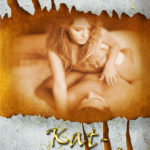 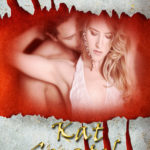